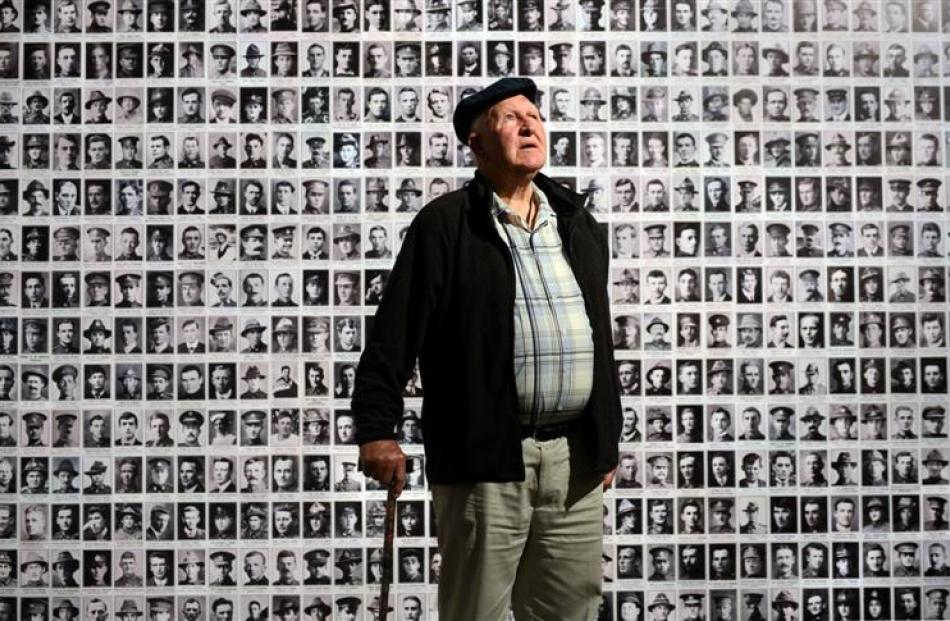 Hampden resident Colin Jack is among the more than 100,000 visitors who have flocked to the Dunedin's Great War exhibition at the Toitu Otago Settlers Museum.

Mr Jack (78) said the ''marvellous'' display had been deeply meaningful for him, and helped him better understand what his great-uncle James Jack had faced.

His great-uncle, a farrier in the Otago Mounted Rifles, was mortally wounded during a horseback attack at Messines, in Belgium, in June 1917.

Mr Jack said he had watched all 11 parts of an associated historical documentary, Journey of the Otagos.

Presented by museum curator and historian Sean Brosnahan, it followed the footsteps of Otago soldiers in World War 1, both in Gallipoli and on the Western Front.

Exhibition developer William McKee said more than 100,00 people had seen the display since it opened six months ago.

Given the city's population was about 120,000, staff were ''thrilled with the public response to this sobering subject''.

This is the largest attendance at any settlers musem exhibition.

Before the completion of the $37.5 million museum redevelopment, overall annual attendance had previously totalled about 65,000.

Mr McKee said the exhibition had focused on the facts, and on ''commemorating, not glorifying the conflict''.

''The public are hungry for knowledge and information on WW1 ...''

And most visitors had been ''shocked'' to realise that nearly 2000 people from Dunedin had died, when the city's population was only about 75,000.

''Many have been deeply moved,'' he added.

Mr Brosnahan said the exhibition had sought to show the war's impact in Dunedin and Otago terms, and its effect on individuals and their families.

Key financial support for the documentary had been provided by the Lottery Grants Board and the Otago Settlers Association, she said.

The exhibition continues until May 3.