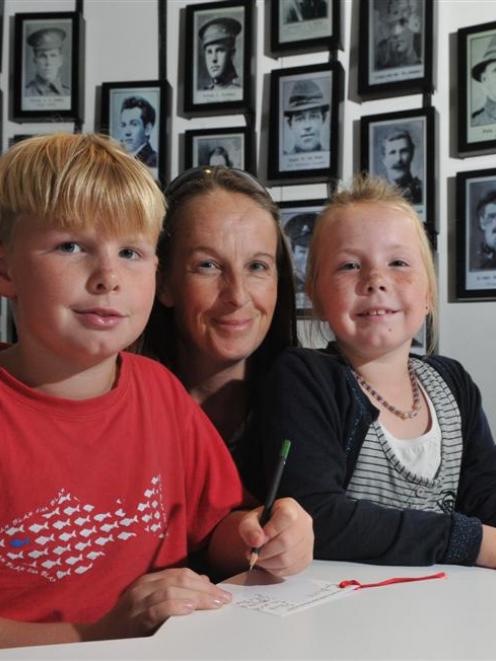 Museum director Jennifer Evans was commenting this week on the latest figures, which showed 171,410 people visited the museum in the seven months to the end of January. This was up 5.9% (9616) on the 161,794 figure for the corresponding period last year.

The commemorative exhibition began on August 1 last year, 27,368 people visiting that month, representing a 41% (8011) rise on the previous August.

Attendance continued to rise over the following three months, before falling in December and January.

Among visitors to the exhibition this week were Aimee Baird and her children, Ryan and Breana, of Milton.

They enjoyed coming to the museum when visiting Dunedin, she said.

A documentary film, titled Journey of the Otagos, retracing the steps of the Otago Infantry Regiment and Otago Mounted Rifles in World War 1, was on display at the museum, and had added to the exhibition's appeal, she said.

Many people had watched the documentary and attended the exhibition and some had been ''moved to tears'' because of the harsh impact of the war on their wider families.

Annual attendance figures were about 65,000 before the museum reopened in December 2012 after a $37.5 million redevelopment.