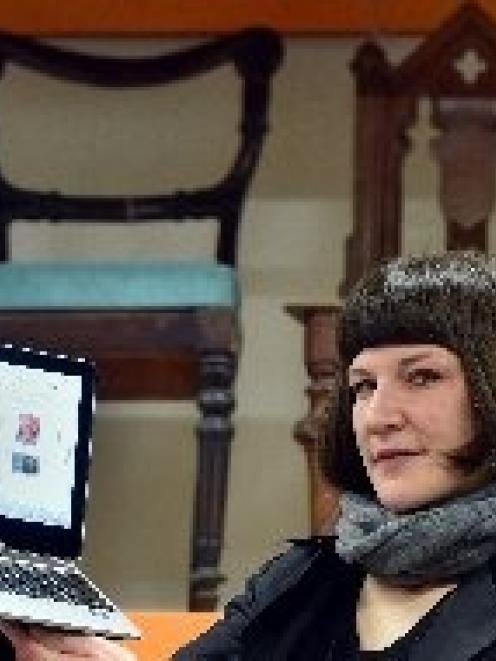 Testing is under way for the major project that will result in most of the museum's collection being available online within a year.

Less than 5% of the museum's 180,000-item collection was usually on public display at any time The rest was stored in the museum's cavernous climate-controlled storage halls.

But people would now have access to those hidden collections. The first part of the online database was expected to be available to the public within a month, museum director Jennifer Evans said yesterday.

Through the museum's website people would be able to search for items and, when they had found what they wanted, find photographs and information on them, collections manager Kiri Griffin said.

That information could include descriptions of the items, their ''unique identifiers'', dates of production, information on who made them, and their use history.

Ms Evans said the move online would let people see just how many of the region's treasures were preserved.

''It allows people to look and explore the things that we haven't got the space to display.

''We'll never have everything out but what we'd like people to do is look at and learn about those things that are seldom on display.''

While an online database meant people could see the museum's collection without physically visiting it, there were no fears the move would lead to reduced visitor numbers, she said.

''It's the same analogy as video shops killing off cinema. It'll never happen.

''When you expose people to more information it just makes them want to come and look at things even more.''

Ms Griffin said some items in the museum's collection would never be displayed online because of cultural sensitivities, but it was hoped the vast majority would be available.

- 1878 telephone. One of the first telephones used in the Dominion, made by Mr Henri at the direction of Mr T. M. B. Muir.

- January 1, 1874 carved wooden figurehead of the ship Surat, wrecked at Catlins, carrying 271 passengers and a crew of 37. Passengers disembarked in lifeboats, before the captain beached the vessel.

- Upright piano with ivory and ebony keys and rimu casing. Inscribed on the underside of the lid ''First piano made in New Zealand. Exhibited at the Dunedin Exhibition, 1865.'' Also inscribed ''Presented to the Otago Early Settlers Association by Chas Begg & Co. Ltd, 1904.''

- Robbie Burns souvenirs, highlighting his life in Ayrshire (Burns died in 1796), especially the cottage he was born in at Alloway. The small wooden box includes a chunk of stone from this cottage.

- Two-piece 1906 day dress, made from the finest materials and with a degree of elaboration that would have been very costly. Dark green satin silk, stiffly boned and tightly corseted around the bodice, it was designed for an older woman who was relatively wealthy.