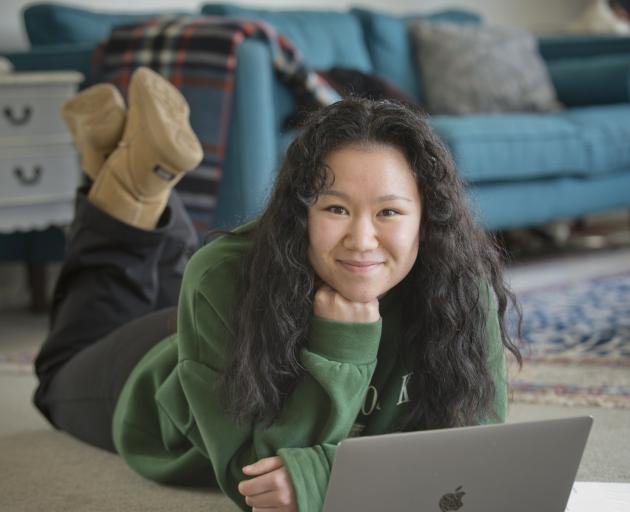 When Shima Jack received a phone call saying she had won a national writing award, she did not believe it.

‘‘I thought that they had got it wrong,’’ the 17-year-old Logan Park High School pupil said.

Her short story Muscle Memory was chosen out of 139 entries for the secondary school division of the Sargeson Prize, netting her a prize of $500 and a weeklong summer writing residency at the University of Waikato, with accommodation, meals and mentoring.

The division was open to New Zealand secondary school pupils aged  16 to 18.

Shima had never hoped to win the competition and instead saw it as a way to set herself a deadline and finish a piece of work, she said.

Muscle Memory explored themes she had been thinking about for a while that she wanted to commit to writing.

She read Sargeson’s short stories to prepare for the competition, but what she came up with was ‘‘nothing like his’’.

Her story was about ‘‘coming to terms with things that aren’t perfect’’, and explored the intricacies of relationships.

Her success had still not settled in, but it felt ‘‘incredible’’ that the judges had connected with her story.

Shima had always loved writing and poetry, but she never romanticised the idea of being a writer.

There were days when inspiration came easily to her, but there were also ‘‘moments you have to sit down and force yourself to write’’.

As an extension of her love of writing, Shima and her friends published a writing anthology at school, called Candid.

Pupils could anonymously submit their work, which would be published ‘‘about monthly’’ with the help of the head of the English department, she said.

‘‘There are a lot of people who can write and want to write, but they’re not confident.

Shima planned to  pursue writing in some way in the future, but had not made any decisions and wanted to keep her options open.

She was excited for her  residency and hoped Covid-19 would not get in the way.

The Sargeson Prize was established in 2019 by novelist and University of Waikato creative writing senior lecturer Catherine Chidgey.