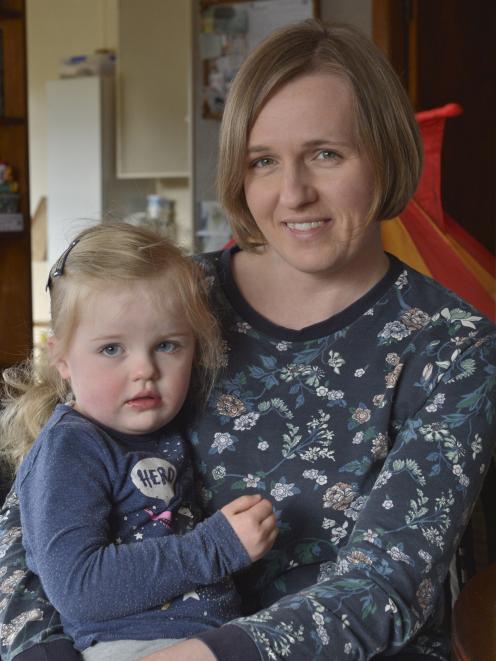 Home-based ‘‘Educator of the Year’’ Monika Gamble at home with her daughter Nina (3). Photo: Gerard O'Brien
A Dunedin educator has earned her own gold star after taking children in her care into the wild to learn.

"All of us were really proud and excited for her to see her win this award."

Mrs Gamble said she was a working mother and held an early childhood certificate level 4 from the Open Polytechnic. She hoped to study towards a graduate diploma in teaching next year. She cared for four children regularly and catered to their individual needs and interests.

Mrs Gamble said the natural environment was essential to children’s development and wellbeing.

This week they had been to Brighton Beach and played in the rock pools, she said.

"We really need to be outdoors. They are natural playgrounds."

Other excursions had been to Forrester Park for cycling and even to Bin Inn to see peanut butter being made.

She tried to use the beautiful environment Dunedin provided, she saidWild Things had been operating 18 years and had 45 educators.

The "Educator of the Year 2017" award celebrated the quality teaching educators and nannies provided in homes and communities throughout New Zealand, the association media release said.