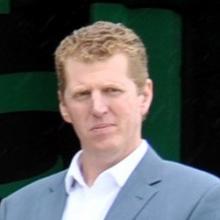 Hillside has a ''buzz'' it has not had in years as the South Dunedin workshops benefit from an increase in rail work.

KiwiRail acting chief executive Todd Moyle said yesterday the Government's commitment to rail would mean employing up to 40 staff at the Hutt workshop in coming months.

The Hillside workshop had an important role to play in maintenance, refurbishment and other work needed for the operation and growth of rail in New Zealand, he said.

Six staff had started at the Dunedin workshop since Christmas.

About 15 people were employed there on permanent and fixed-term contracts across a range of jobs.

In addition to its usual work of refurbishment and fleet maintenance, the workshop had a contract - scheduled to run until later in 2019 - to convert container freight wagons to carry logs.

There were no plans at this stage for hire more staff at Hillside.

The Rail and Maritime Transport Union South Island said Hillside was likely to benefit from a spillover of work from the Hutt workshop.

It was a great turnaround from when it closed more than six years ago, resulting in 90 job losses.

The Government had learnt there was plenty of room for both road and rail, he said.

Mr Moyle said KiwiRail had a ''firm commitment'' from Government around the direction that it was taking with rail.

''We're obviously gearing up to be able to deliver that and that gives certainty not only to the people at the workshops, but to the wider KiwiRail family as well.''