And the centre might also shed new light on many subjects, including how to run potential online courts and better ways to protect religious freedom. 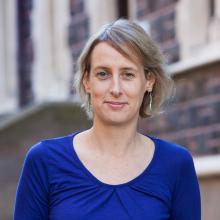 Dr Bridgette Toy-Cronin
Law is not just for lawyers, prominent voices are saying in the growing academic field of law and society, also called socio-legal studies.

The new Otago Centre for Law and Society Te Pokapu Ture me te Papori ki Otakou aims to promote multidisciplinary discussions about the complex effects that law has on people’s lives.

The centre has four Otago co-directors, from religion, history and law, and will support collaborative research projects, public events and academic symposiums to give insights into the interactions of law, society, religion, culture, race and other factors.

Co-director Prof Ben Schonthal, of religion, said this was a "growing area" internationally.

"We’re very excited about the possibility that this could raise the [international] profile of Otago," Prof Schonthal said.

Several countries, including in Asia, had tried to protect religious freedom by adding to state law.

However, in some cases these efforts had actually increased tensions between some faith communities, Prof Schonthal said.

"A legal problem may not only have legal solutions," she added.

Co-director Dr Anna High, of law, said the law and society movement believed that law was not autonomous but "situated in the social context".