New Dunedin bus shelters let you see and be seen 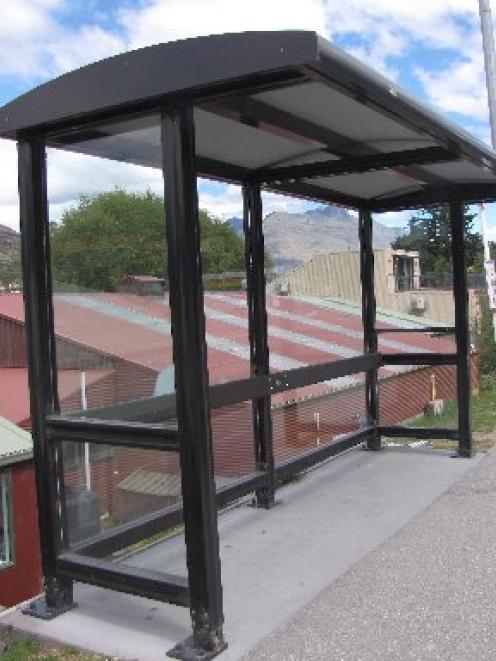 Bus shelters have been a controversial issue in the city for many years and their design and cost has been debated many times by both regional and city councils.

In 2009, the Otago Regional Council, which funds the shelters, said it would be unable to afford its commitment to put shelters on all its inward routes by June 2013 because the cost had blown out to $12,000 to $15,000 a shelter, mainly due to resource consent costs.

Last year, the Dunedin City Council, which installs and maintains the shelters, changed its district plan to allow the installation of street furniture to be a permitted activity, reducing the costs.

With a design agreed upon and the contract let, new shelters costing about $7000 each will be seen around the city within the next two months.

The shelters are funded 60% by the New Zealand Transport Agency and the remainder from rates and regional council transport reserves.

Instead of the present wood shelters, which were chosen to suit the streetscape of the city, the new shelters have clear back and sides, allowing plenty of visibility for both passengers and drivers.

Regional council chairman Stephen Woodhead said it was the end of a long process for the council.

The new 3m-long bus shelters would be "modern street furniture, rather than the antiquated ... huts we have at the moment where you struggle to keep dry and if you keep dry, the bus driver can't see you and you miss the bus anyway".

It was hoped about 100 of the new shelters would be installed around the city during the next 12 months, with work on foundations starting in six weeks.

Dunedin City Council transport programme manager Michael Harrison said property owners adjoining the proposed bus shelter sites had been consulted. Seventy-four shelters were ready to be signed off for installation at a meeting of the bus shelter hearing committee next Monday.

The council had received objections relating to the siting of 50 of the shelters and those would be heard at a hearing on March 5-6.

Concerns were not about the design of the shelter but about issues such as safety, privacy, rubbish and vandalism affecting adjoining property, he said.