Dunedin South is to be renamed Taieri and Clutha-Southland becomes just Southland, as part of electorate boundary changes announced today.

The Representation Commission, which sets electorate boundaries for the next two elections, this morning released the borders for the 2020 and 2023 elections. 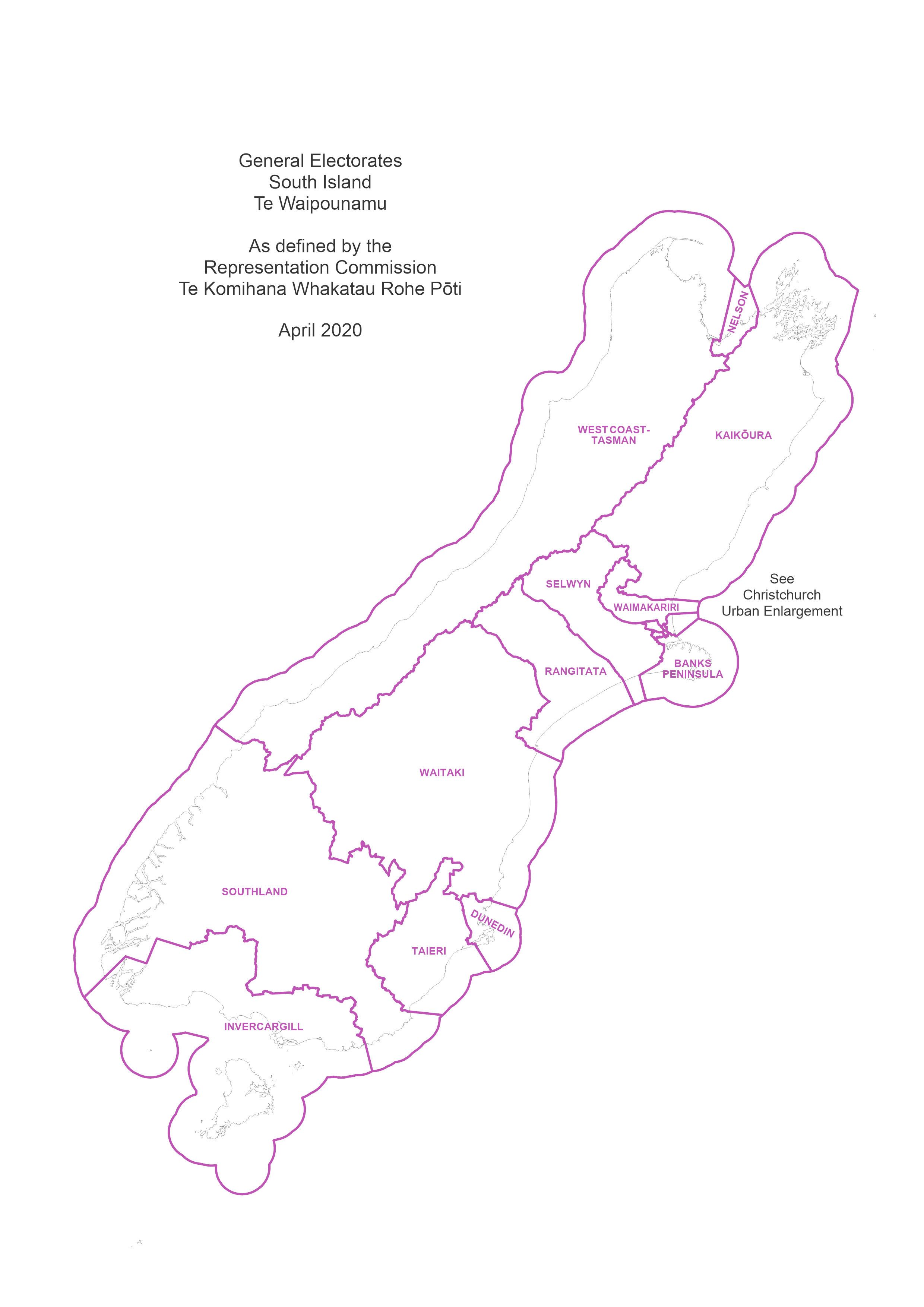 Image: Supplied
Nationally it left 36 boundaries unchanged, but added a new electorate in Auckland to be called Takanini, and substantially redrew the electoral map in Otago and Southland.

The draft boundaries for those seats and Clutha Southland saw Clutha divided among several electorates, to the great disquiet of local mayors.

The commission report today retained the borders as originally proposed.

"The commission received a number of well thought through submissions with alternative boundaries thought out for these electorates,’’ its report said.

"Some of these alternatives resulted in less overall change but would have resulted in significant consequential adjustments to neighbouring electorates.

"These changes did not always reflect communities of interest and in some cases affected areas that were not signaled as part of the consultation process. 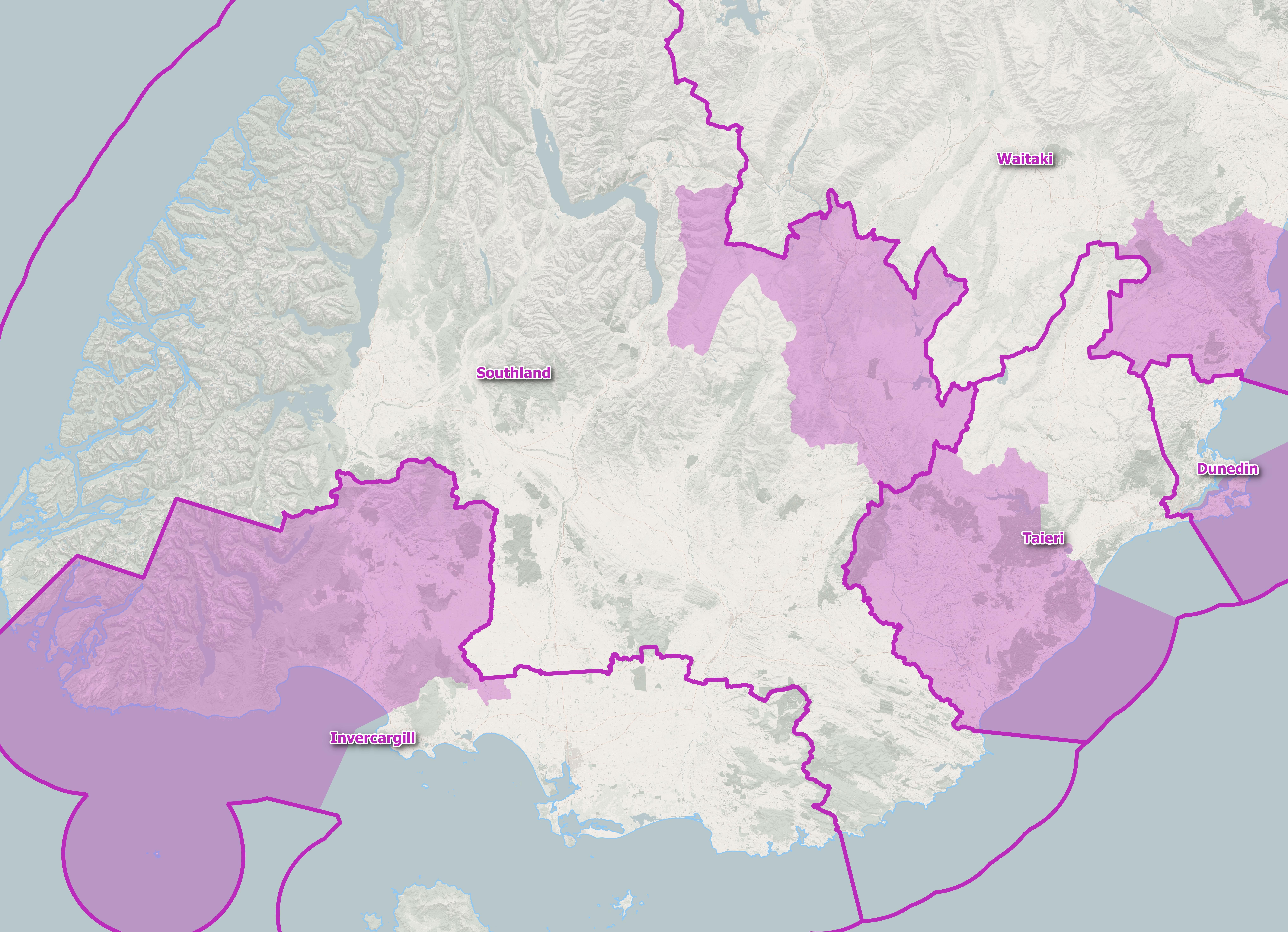 The redrawn boundaries for electorates in the southern South Island to be used for the next two general elections. Image: Supplied

"After considerable and intensive discussion, the commission has confirmed the Dunedin and Taieri borders as proposed.’’

Other major changes include Waitaki losing Alexandra and Clyde to the renamed Southland seat, and the Otago peninsula moving from Taieri to Dunedin.

When the commission issued its draft electorate boundaries for public consultation, it had placed Winton and the Catlins in the Invercargill electorate.

However, strong public opposition saw both areas remain in the Southland electorate, and Invercargill was expanded to the west to incorporate Tuatapere. 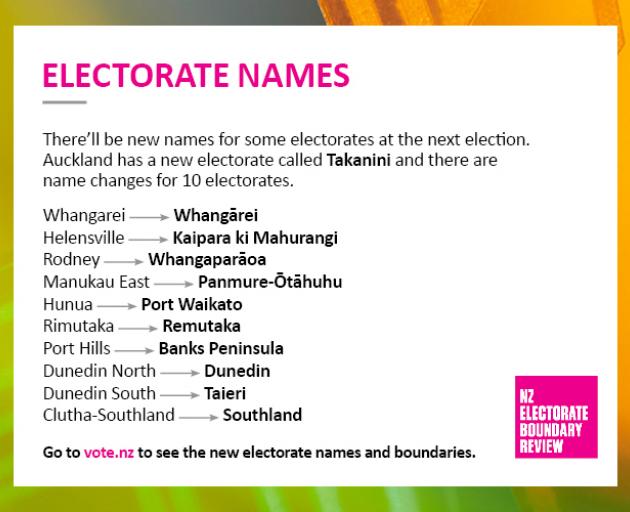 Despite strenuous efforts by some residents to have Geraldine shift from Waitaki to Rangitata, it remains in Waitaki to maintain population parity.

The Electoral Act mandates that there must be 16 seats in the South Island, which usually requires substantial shifts of boundaries to keep population numbers in each electorate roughly equal.

"The boundaries in all five electorates in the Otago and Southland regions have had to be adjusted as they were either under or over the 5% population quota,’’ the commission said.

Assuming the election goes ahead in September as planned, New Zealanders will vote in 65 general and seven Maori electorates.

where is the southern boundary for Taieri. Is it the river