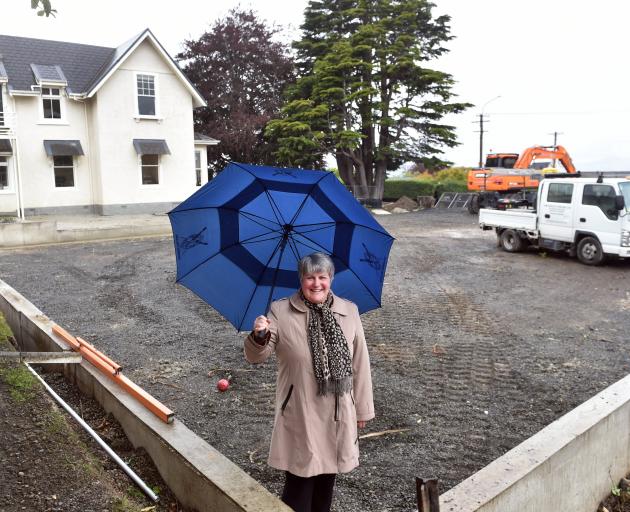 "It’s a bit too close to the school’s administration building [and its windows] for cricket."

Mrs Duthie said earthworks for the facility started late last year and construction of the asphalt, artificial turf and fencing were about to begin.

"It’s on the junior school site because it’s the only flat-ish land that we have.

"It will be great for them to have an all-weather surface to play on for the whole year around, rather than just on the days when it’s not muddy and sodden.

"It will have an added benefit for the whole school, in the sense that we can use

it for some hockey practices and things along those

She said the school community started fundraising for the facility in 2019 by holding fairs and a golf day.

Funding was also received from the school’s parents’ association and the Community Trust of Otago.

The project was being done in consultation with the neighbouring Yvette Williams Retirement Village, which would have direct views of the turf.

"They’re quite excited by that, because there are huge benefits for the residents, apparently, with watching young people play.

"They’ll get a lot of enjoyment from it."

The project was expected to be finished by mid-April this year, she said.