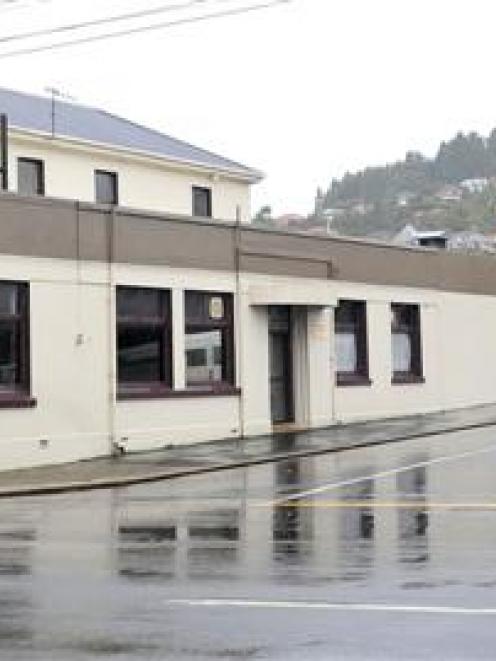 Progressive Enterprises is in talks with the Dunedin City Council aimed at turning the Royal Tavern site (pictured) and surrounding land at Green Island into a major supermarket development. Photo by Craig Baxter.
A planned multimillion-dollar supermarket development in Green Island could bring jobs and investment and trigger wider improvements in the area, a Dunedin city councillor says.

Progressive Enterprises is in talks with the Dunedin City Council aimed at developing a Fresh Choice supermarket on land between Main South Rd and Shand St.

The site includes the now-closed Royal Tavern, as well as land next to Green Island Memorial Park and a block of council-owned flats.

The development is yet to be confirmed, but council staff have confirmed ''reasonably serious discussions'' began six months ago and are progressing.

The Otago Daily Times understands if it goes ahead the supermarket would be operated by Green Island supermarket operator John Moyle.

It is understood Mr Moyle would close his existing Moyle's Supervalue Supermarket, on the opposite side of Main South Rd, and the new supermarket would be brandedMoyle's Fresh Choice.

Mr Moyle was reluctant to comment before plans were confirmed, but said in a statement he had ''made no secret'' of wanting to build a new supermarket at Green Island.''

It would be great for the community. When and if this happens, our loyal staff and customers will be the first to know.''

A Progressive Enterprises spokeswoman would only say there were no confirmed plans for Green Island, although the company was ''always looking for great sites and Dunedin is no exception''.

Council city property manager Robert Clark confirmed details of the talks and said he hoped to conclude negotiations ''as soon as possible'' toallow the project to proceed.''

It's certainly my intention to have some resolution as soon as possible, because I think it's in everyone's interests to do so.''

The ODT understands the supermarket, if built, would cost millions and be similar in size to the Fresh Choice supermarket in Highgate.

Cr Colin Weatherall - the Saddle Hill/Green Island ward councillor for 12 years until his switch to the central ward - told the ODT the development would be ''absolutely superb'' for Green Island if it proceeded.

It could cater for shoppers from surrounding suburbs, provide new jobs and investment in the area and might be a catalyst for wider improvements, he said.

The council had for years considered plans to improve parts of Main South Rd, but traffic congestion near Mr Moyle's existing store had always been an obstacle, he said.

The new supermarket's planned location on the opposite side of the street would make it easier for the majority of motorists to access, helping ease congestion, he said.''

There's always been this suggestion that some day there will be this bigger, brighter new supermarket ... it looks like it's coming to fruition.

''That will give the catalyst to be able to do that ultimate main street improvement,'' Cr Weatherall said.

The proposed site was zoned ''Local Activity 1'', which allowed for a supermarket as long as conditions - including site coverage and signage - were met.

That meant a non-notified consent process - without submissions or a hearing - was most likely, unless special circumstances warranted otherwise.

No consent application had yet been filed, and Mr Clark said the parties were still negotiating an agreement.

The deal would include the closure of Jefcott St and the sale of the land to the developer for a ''six figure'' sum, Mr Clark said.

The land would then become part of the supermarket site, which would also include land either side of Jefcott St used by Otago Road Services Ltd, he said.

The council also wanted an agreement the supermarket would be built a suitable distance away from the edge of the site, to minimise the impact on the council's tenants in nearby community housing flats, as well as the memorial park, Mr Clark said.

The council wanted to ensure its housing tenants would not be left facing a concrete wall close to their shared boundary, or unduly affected by noise from the supermarket.

The details were described as ''normal negotiation'' by Mr Clark.

''I do think it will be a good, positive result for the community in Green Island if it goes ahead.''

Cr Weatherall said the council could, as a result of the supermarket, consult the Green Island business community again about what should follow.

''It's a very significant investment for Green Island.''