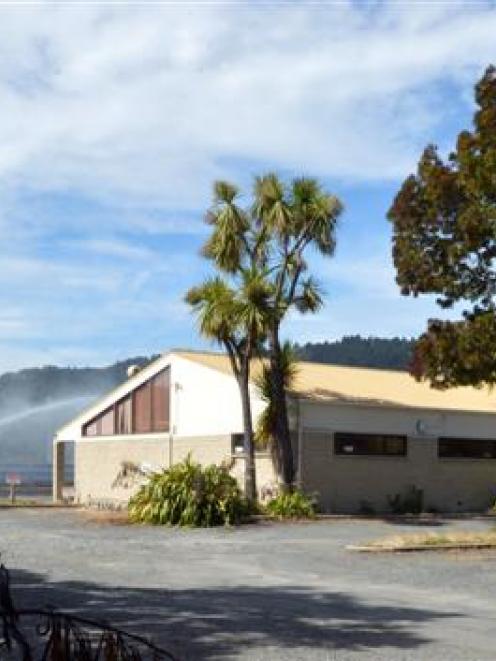 This car park in Union St East could be home to a second Ngai Tahu student apartment complex in Dunedin. Photo by Peter McIntosh.
Nagi Tahu is considering spending more of its millions in Dunedin, with the iwi looking at building a second student hostel in the city.

The news comes after it was revealed last year Ngai Tahu Property planned to build a $20 million hostel for Otago Polytechnic on a $2 million piece of surplus council land on the edge of Logan Park.

Council and Otago Polytechnic staff yesterday confirmed they and Ngai Tahu were in negotiations over the purchase of a second piece of council land - in Union St East - bordering the first, which could be used for another hostel development if the first proves successful.

Otago Polytechnic chief executive Phil Ker said it was not known how large the second hostel development would be, but it could potentially be as large as the first, which was planned to have as many as 235 rooms and cost about $20 million.

''I think we would want to build this one, bed the operation in, make sure that demand remains strong [before building the second hostel].''

A second hostel was always part of Ngai Tahu and the polytechnic's plans.

''This was always a two-stage project,'' he said.

Ngai Tahu Property chief executive Tony Sewell said he had ''no comment at this stage''.

Polytechnic chief operating officer Philip Cullen said the polytechnic and Ngai Tahu were still weighing up the economics of the first hostel, with the purchase of both pieces of land contingent on both parties approving a business case.

''We have been working on it for a fair while and we are getting closer and closer, [but] we are not quite there yet,'' Mr Cullen said.

''I'm reasonably confident it will go ahead, given the desire by both parties,'' he said.

A final outcome would likely be known by the end of March.

If the first hostel went ahead, the second piece of land would initially be used as a car park.

The second hostel could be built in about ''five years'', with the ground floor remaining a car park, if demand for the first hostel was strong.

''We are planning to open the hall, should it go ahead, in 2016. It would need to operate for a minimum of two years before we would go into a second one,'' Mr Cullen said.

The plan for both hostels was for Ngai Tahu to pay for construction and then Otago Polytechnic to lease the buildings and run the hostels, with the polytechnic seeking to sign a 30-year lease.

Mr Cullen said one of the largest challenges in building a hostel was the high cost of building materials.

Council city property manager Robert Clark said the second piece of land - at present used as a pay-and-display car park - was likely worth ''a little more'' than the first.

However, he could not reveal its precise value because the transaction was yet to be completed.

''I would be hopeful that the first stage is wrapped up in the next month and the second stage a little after that once we go through ... consultation.''

It would also need to be approved by councillors.