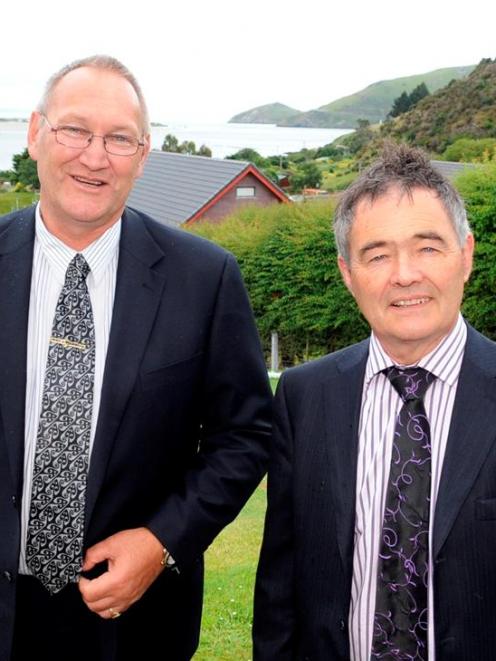 Mr Cull said the council had a good and growing relationship with the local runanga, Otakou and Kati Huirapa Runaka ki Puketeraki, ''but we didn't have that relationship at iwi level''.

''The important way to achieve that was to meet with the man at the top, Mark Solomon, and explore what possibilities might be mutually beneficial for the city and for Ngai Tahu.''

Mr Solomon welcomed the proactive approach. Mr Cull was the first Dunedin mayor he had met in his 15 years as chairman of the South Island-based iwi.

''Dunedin has the second biggest number of Ngai Tahu in the South Island ... it makes sense to have a relationship and you can't have that until you meet face to face.''

Mr Cull said at a commercial level the iwi was a major corporate organisation, and ''Dunedin City also had some pretty big commercial assets and some are in the same field, like forestry''.

The meeting was a chance to discuss partnerships at the commercial level, and ''we are endeavouring to build a vibrant and resilient city, and Ngai Tahu want the same for their people''.

Mr Solomon said while no specific economic opportunities were discussed yesterday, the iwi was always looking for new opportunities.

''Our guys will come down from head office next year to continue these discussions, and ''hopefully we can get a win-win for everybody''.

Ngai Tahu's current assets were ''spread across property, tourism, fishing and an equities pillar, but we are looking for something reasonably large scale to have that balanced portfolio''.

The iwi took a long-term view in regards to its investments and ''your perfect partners in an intergenerational sense would be councils and Government, so it makes sense to work on those relations''.

Iwi members played an important role in decision making. Mr Solomon cited an investment opportunity to buy shares in Christchurch Casino, which did not proceed after it was widely rejected by members.

While the subject of oil and gas exploration in the area was not raised, both leaders acknowledged it was likely to be raised in the future at a runanga level.

Ngai Tahu at a glance

• $254 million has been distributed and invested in tribal development.

• Assets include; investments in Ryman Healthcare, 118,000ha in land, and the Shotover Jet.