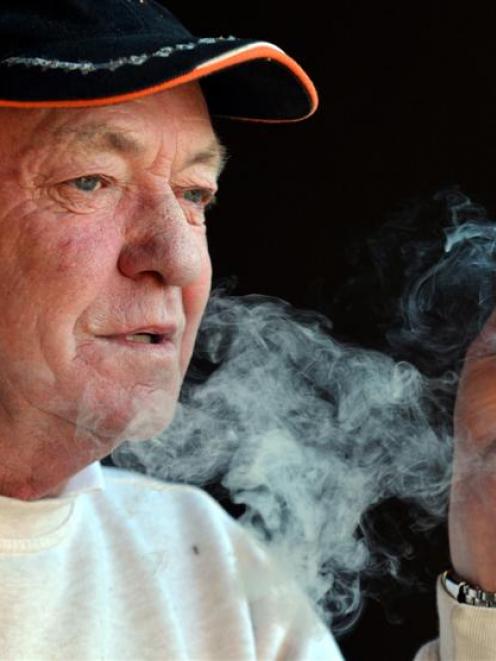 Smoker Peter Wilkinson, of Dunedin, says the new legislation is a good thing. Photo by Peter Mcintsoh.
It was D-Day for tobacco advertising yesterday, but the peace pipe will be extended to retailers breaking the new smoke-free legislation for a period yet.

The Smoke-free Environments Act, prohibiting the display or advertising of tobacco products, came into effect yesterday and retailers who fail to meet the requirements of the Act risk prosecution and a fine of up to $10,000.

Owner Alice Luo said a signwriter had been contacted about amending the sign.

However, Grocery King owner Graham Murphie, who operates tobacco outlets in Hillside Rd and Gordon Rd, said the legislation would not impact on tobacco sales.

"People are cutting down, but cessation is not taking place. We're down to the hard-core smokers now.

"Most of them have already tried to quit and failed. They just can't do it." 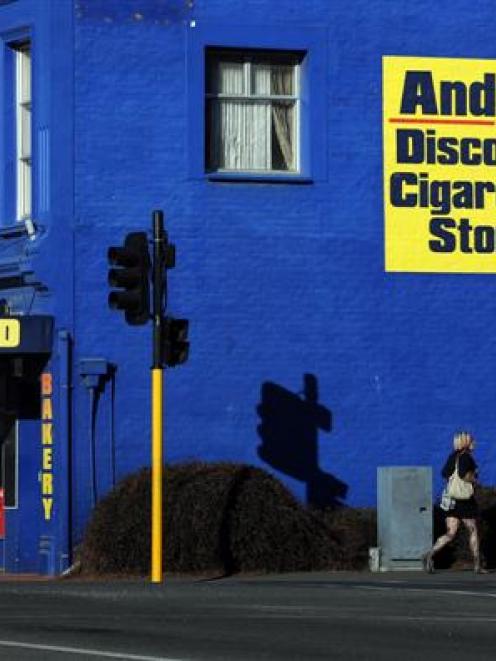 A sign on Andy's Milk Bar in Mosgiel yesterday, which is illegal under the new smoke-free legislation. Photo by Craig Baxter.
Retailers made a 10.66% margin on a tobacco sale, he said.

"It's going to mean the end of the corner dairy. About 30% of the profit from a corner dairy comes from tobacco."

However, the new legislation also received support from some unlikely quarters yesterday.

Brothers Bob and Peter Wilkinson, of Dunedin, started smoking 50 years ago when they were at school and agreed it was time to ban tobacco advertising.

"I think it's fair enough. There's no need to advertise it.

"I reckon I would never have started without advertising," Peter (63) said.

"Every time you saw a film star, he had a smoke in his mouth. That was even more influential to us than advertising."

"Smoking is definitely a limited thing," Bob (56) agreed. "But I think people our age should be able to get it on prescription, so the kids can't get their hands on it."