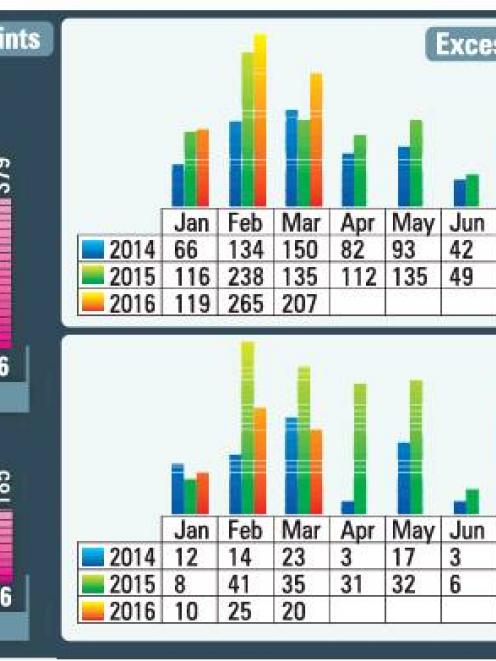 Click on graphic to enlarge.
Noise complaints in the student quarter continue to rise and present a concern for the Dunedin City Council, environmental health manager Ros MacGill said.

Noise complaints in North Dunedin made up almost half of all complaints in the city during February and March, statistics released by the council show.

In the student quarter, 475 noise complaints were made during the two months - up on 434 during the same time last year and almost double the 253 made in 2012.

Ms MacGill said most complaints coincided with Orientation Week and during bouts of warmer weather.

"But I think it's possible that people are more sensitive to the noise and there's more complaints as a result. 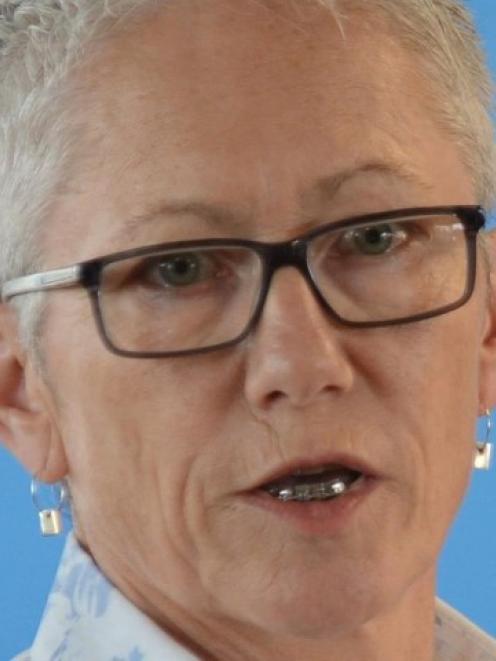 Ros MacGill.
"People are becoming more aware that we are available 24/7 and will respond to complaints at all times.''

Statistics of the number of excessive noise directions - issued by noise control officers when noise was noted at the boundary of a property - issued in North Dunedin were not available.

However, 472 were issued throughout the city in February and March, well up again on the 373 during the same time last year and the 284 the year before.

The number of items seized as a result of noise complaints fell to 45 during those months, from 76 in 2015.

Items were seized if officers needed to visit the same property following a second complaint and found noise was still excessive.

Ms MacGill said the council's changed its policy last year, which resulted in fines rising to $285 from $84, and this was probably the reason for the increase in compliance of excessive noise directions.

She remained concerned at the attitudes of some party-goers towards noise control officers.

At larger parties, and when larger sums of alcohol had been consumed, residents could become confrontational and aggressive with officers, she said.

"We are seeing that on occasion,'' she said.

"We haven't had any physical assaults as such, but the officers had a party recently where they were shoved.''

Those issues and the ongoing issue of noise complaints were discussed by the stakeholders involved in the student quarter, she said.