Not just a walk in the park 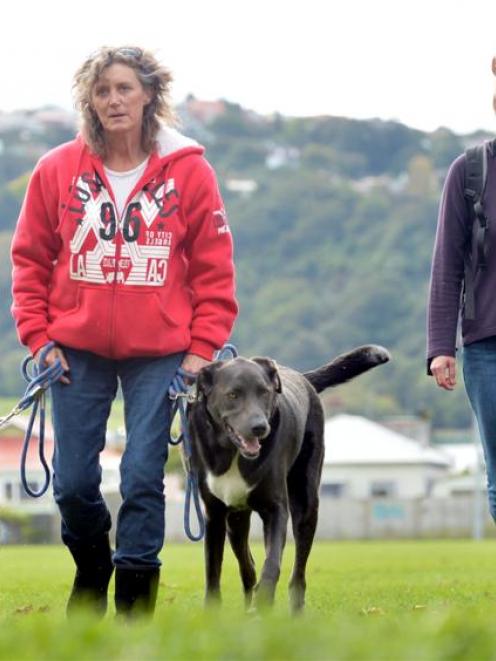 School of Physiotherapy associate dean Dr Cath Smith said a previous research project on men with multiple sclerosis revealed many of them would not exercise at all if they did not own a dog which required regular walking.

''That is what sparked my initial interest. I thought maybe dogs are a unique support system for helping people with chronic conditions.''

She had previously interviewed people about their dog-walking experiences but discovered most people focused on the benefits, so she set out to film, with a helmet camera, up to 16 people with chronic conditions to capture the whole experience, both positive and negative, to reveal the benefits and stresses of walking a dog. She had recruited five people and needed 11 more.

''We are still recruiting people with anything from depression to diabetes and heart disease. We are trying to recruit a range of conditions.''

The research would start today with the filming of Trina Lyon walking her two dogs on Middle Beach.

Miss Lyon, of Dunedin, was diagnosed with multiple sclerosis in 2011 and owns two dogs, Bruno and J-dog.

The dogs made her feel less self-conscious about the staggering and falling associated with her condition.

''When I'm walking with them, nobody's looking at me and thinks I'm drunk at 8.30am because they are all looking at Bruno, asking if he is a horse,'' Miss Lyon said.

Anyone wanting to take part in the study can contact Dr Smith at cath.smith@otago.ac.nz.