Occultation points to 'benefits' for city 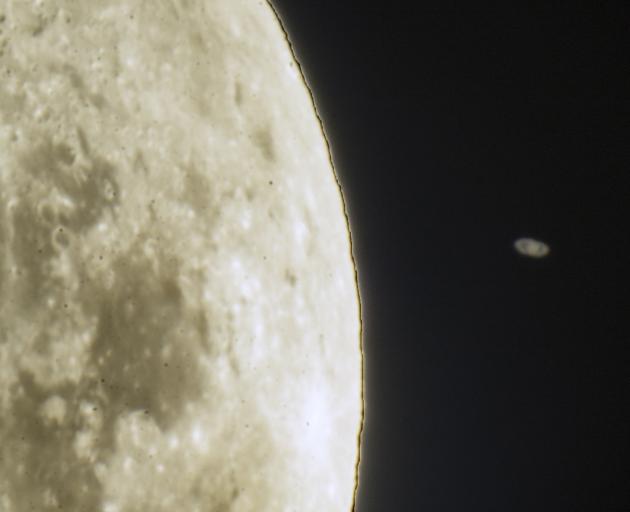 Saturn is about to disappear behind the moon. PHOTOS: IAN GRIFFIN
Yesterday's clear viewing of a rare lunar occultation of Saturn also highlights the potential benefits of dark skies tourism in Dunedin, astronomer Ian Griffin says.

This form of tourism could be developed in the city, and could also attract more tourists during winter, a traditionally quiet time, he said yesterday.

The city's relatively dark skies and its good facilities, including the Beverly-Begg Observatory, meant people could have a "great time" there.

Early yesterday, Dr Griffin, who is the Otago Museum director, gained a "great" view of a rare celestial event, the ringed planet Saturn being eclipsed by the moon.

"It was perfectly clear in Dunedin. 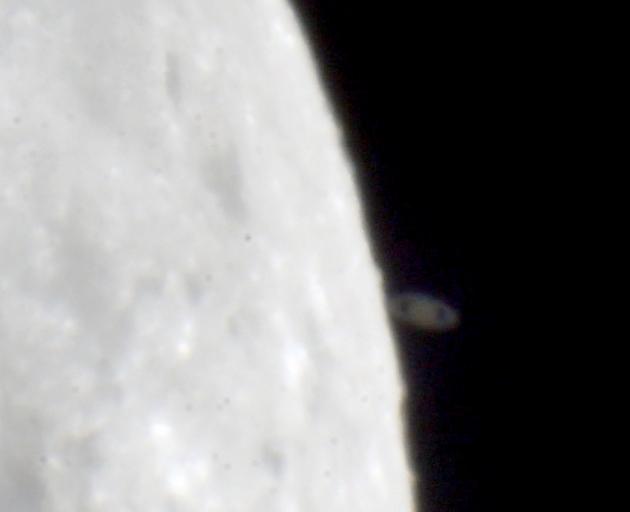 A lunar occultation is the name given to the passage of the moon in front of a more distant object.

Dr Griffin, who is also a keen photographer, tweeted images taken from "my back garden in Portobello", showing the ringed planet shortly before it was eclipsed by the moon about 12.47am yesterday.

In one tweet, Dr Griffin said that at the time the accompanying image had been taken, "Saturn was 1.459billion km from Earth".

Dunedin Astronomical Society president Ash Pennell had previously invited members of the public to watch yesterday's event from the Beverly-Begg Observatory in Robin Hood Park, where about six telescopes were available for people to use.

Mr Pennell was "absolutely delighted" with the "just spectacular" viewing, and that 20 members of the public had visited the observatory for the event.

He also predicted that a rare chance to observe a total solar eclipse from Dunedin at 4.15pm on July 22, 2028, could prove a big money-spinner for the city.

If the weather co-operated, this would be the "first time humans ever see a total eclipse from this city".

"The last total eclipse [of the Sun] visible from Dunedin was on 27th December 1163."

Solar eclipses could be "enormously important" for tourism, and Queensland Tourism officials said that more than 50,000 people, including from overseas, flooded into the Australian state to observe a total solar eclipse in November 2012.

This activity injected about $A70 million ($NZ76.3 million) into the Queensland economy, and Dunedin could also be a winner, Dr Griffin said.