Once in a blue moon chance to see red one 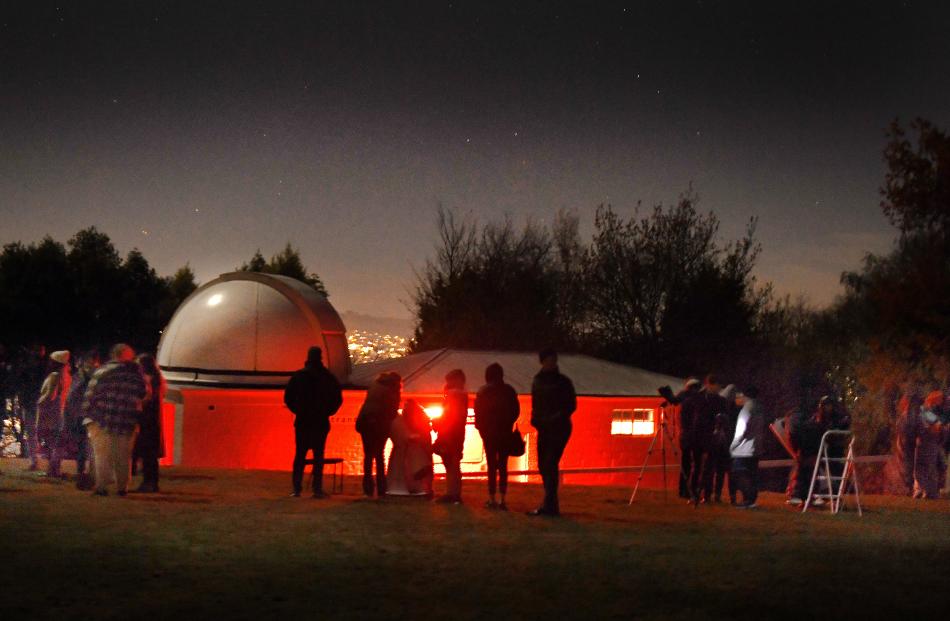 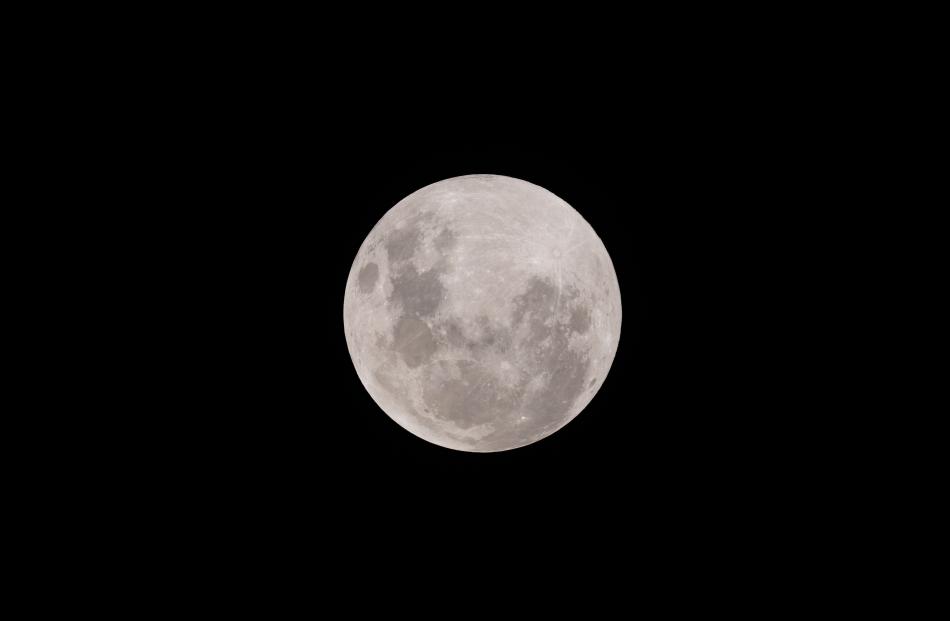 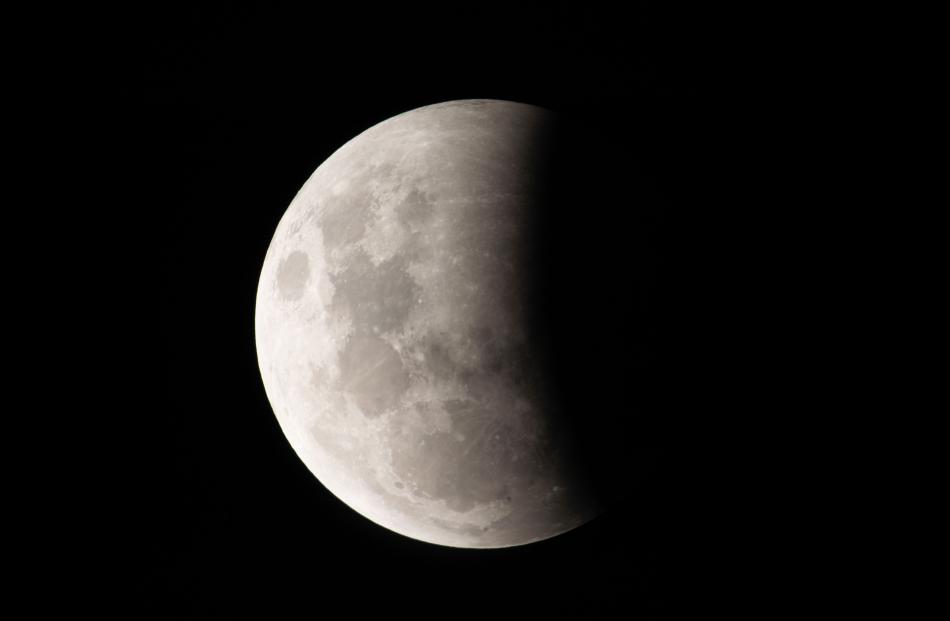 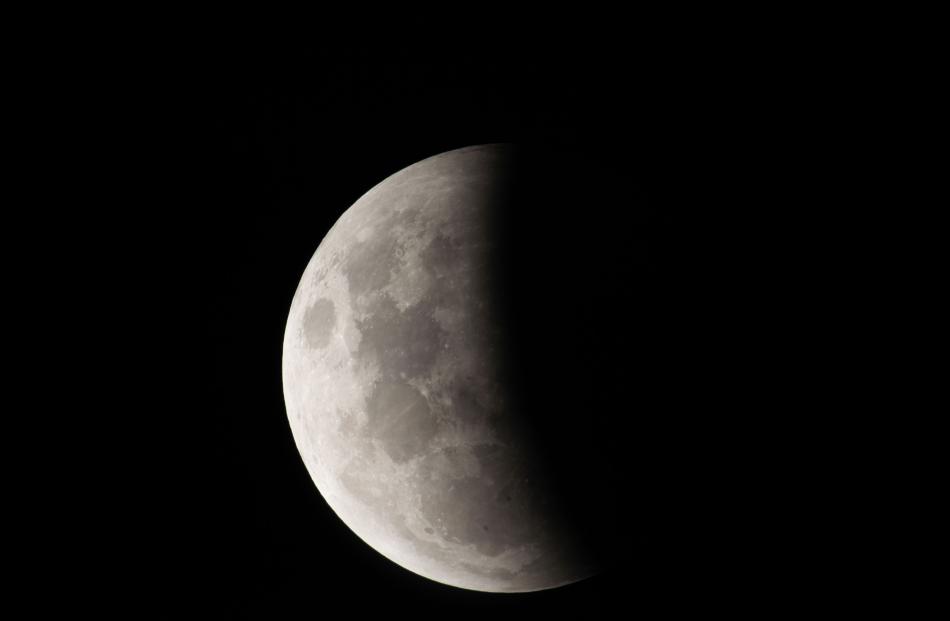 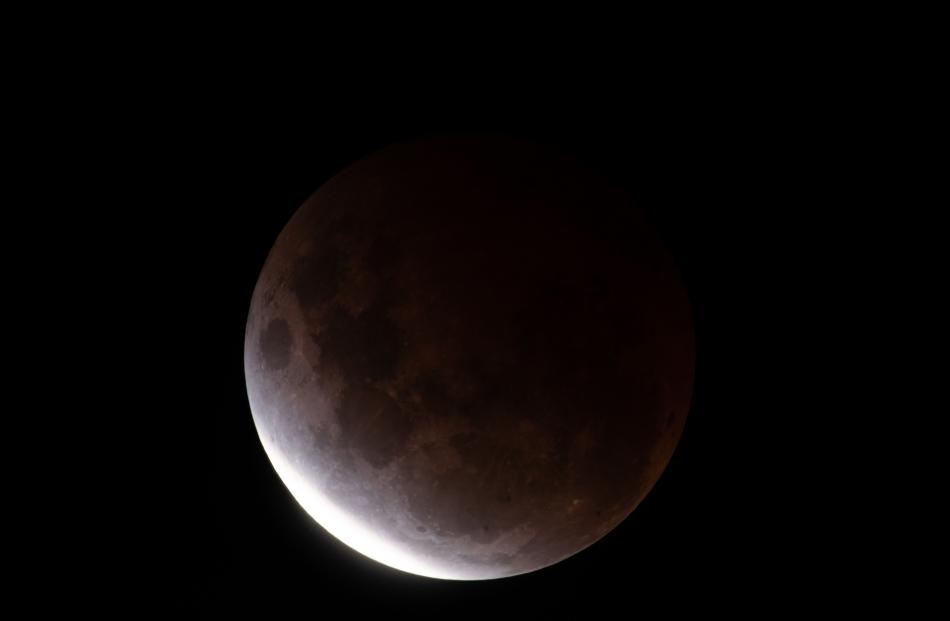 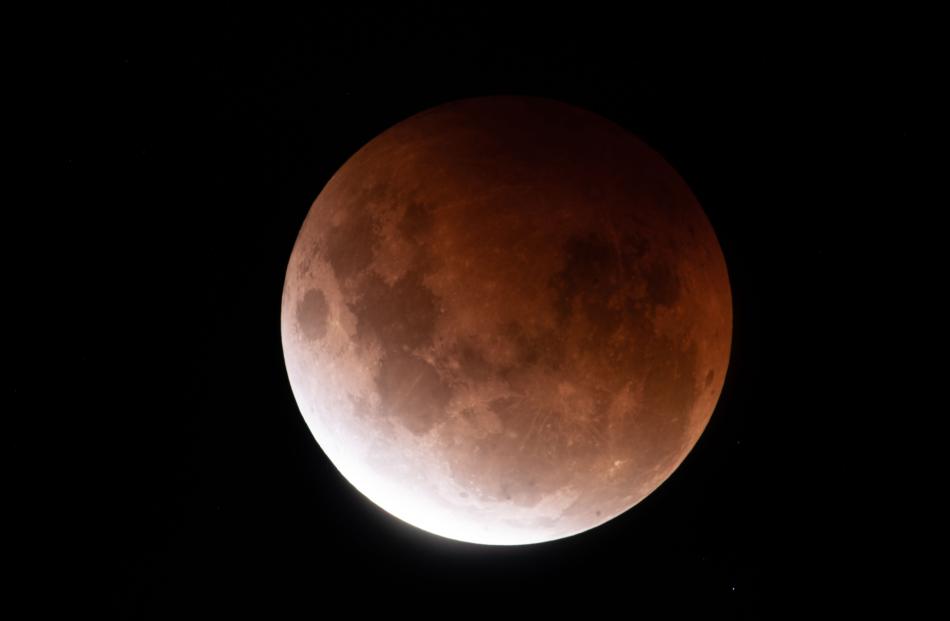 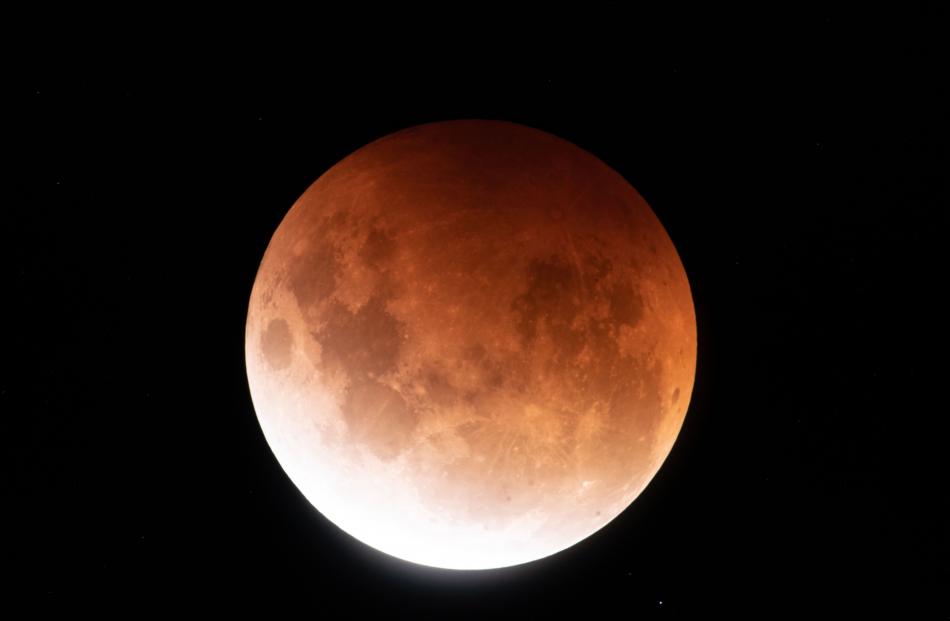 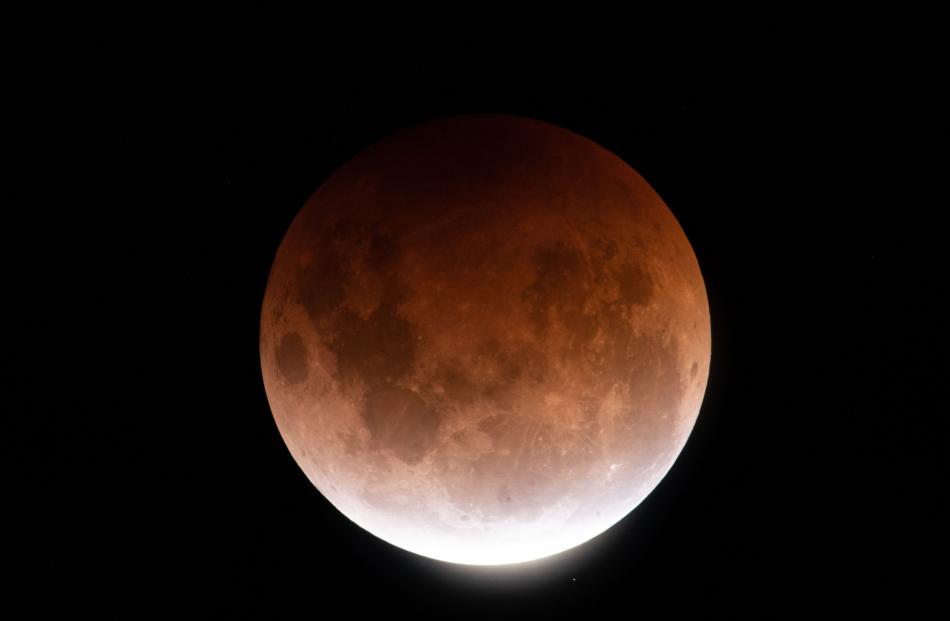 Dunedin people embraced the chance to see a once-in-39-years “super blood moon”, taking many cellphone photos, and swarming towards the city’s observatory and other vantage points in large numbers.

Photos of the blood moon were prominent on social media yesterday, and former Dunedin Astronomical Society president Ashley Pennell said more than 300 people flocked to the Beverley-Begg Observatory just before 11pm on Wednesday.

Mr Pennell said viewing conditions were perfect, without trace of cloud, and were the best he could recall for a lunar eclipse in more than 50 years of night sky viewing.

"I would say "No1 — it was a clear night, the moon was overhead and the Milky Way was showing.

"The viewing conditions, the interest from the public, all of these things made it totally enjoyable," he said.

Shortly before 11pm, several people were standing in Lower Stuart St, Dunedin, excitedly taking photos of the eclipse on their cellphones.

A fire performer staged a spectacular act in the nearby Queens Gardens, while others took photos from vantage points around the city.

A resident of Ainslee Pl, near Chingford Park, reported hearing howling, apparently by people and probably at the moon, about 11pm on Wednesday.