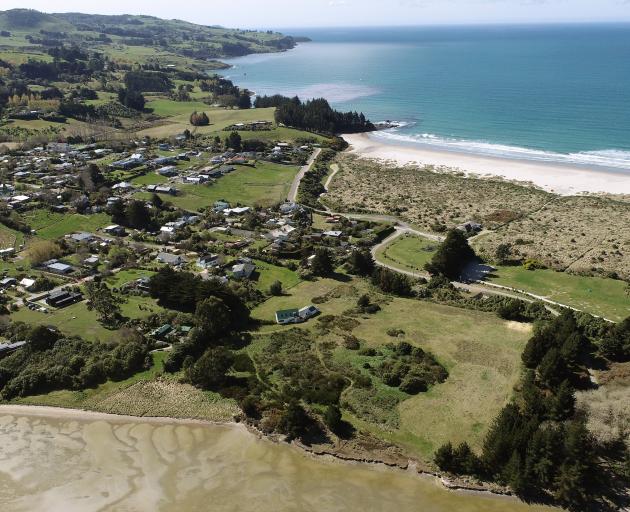 The site of a proposed new motor caravan park (foreground) at Warrington. PHOTO: STEPHEN JAQUIERY
A 60-berth motor caravan park has been mooted for the northern Dunedin coast, but the local runanga has opposed the proposal on environmental and cultural grounds.

The New Zealand Motor Caravan Association (NZMCA) has applied for a resource consent to establish a members-only motor caravan park at 20 Bay Rd, in Warrington.

The proposed site is directly opposite the freedom camping site at the Warrington Domain.

The application seeks provision for up to 60 self-contained motorhomes and caravans at peak times. 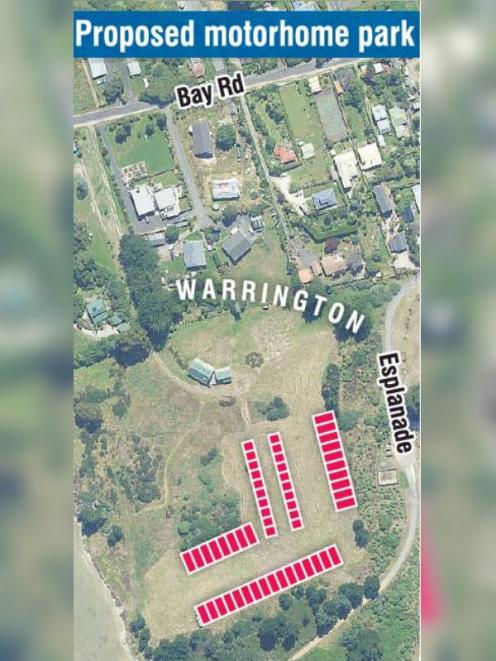 However, there would not be any ablutions facilities built. Rather, park users would be expected to use public dumping stations.

The nearest wastewater dump station is at Warrington Domain.

Kati Huirapa Runanga ki Puketeraki entered a submission in opposition to the proposal, questioning the capacity of the Warrington wastewater treatment plant to handle the waste of 60 vehicles.

The plant had already failed to comply with nitrogen limits set by its resource consent several times since 2015, and an increase in usage would raise the possibility of contaminants entering the sea.

The cultural significance of the land was highlighted by a variety of archaeological sites it held, including a moa hunting site, a pounamu working site, and a pa (fortification).

The submission said the runanga was concerned that archaeological artefacts could be disturbed or damaged by earthworks or vehicles.

Among these conditions was a recommendation that information be published on signs at the campsite and on the NZMCA website that discouraged campers from using the Warrington Domain dumping station, and encouraged them instead to use dump stations either north or south of Warrington before arriving or after leaving.

A panel of the council’s hearings committee will consider submissions for and against the resource consent application tomorrow morning.

It is absurd that NZMCA get away with telling untruths to Resource Consent committees to get these approved,.
In Warrington's case they claimed to have spoken to the local residents though none could be found that had spoken to and they promised to bring spendable money into the area - really hard to see how, when there is no Shops or anything at Warrington.

Meantime the clubs Resource Manager was untruthful about the number of complaints received from neighbours to their existing properties.

NZMCA need to be made aware these parks are "NOT A RIGHT" for a reason and the fact they lie to get them approved shows how far they are willing to go to get their own way.