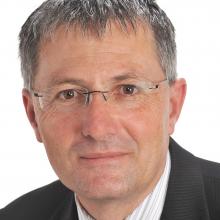 Gavin Palmer
Climate change and its implications for Dunedin have been a factor in the Otago Regional Council’s decision-making for some time and will probably become even more important.

The council was developing a targeted response and putting in place policy frameworks, which would be adapted as more information and research became available.

"We have been doing that for some time. There has been quite a focus change with respect to climate change-related natural hazards, particularly because those potential changes have now been quantified.

"Other aspects of climate change are a bit more qualitative."

Niwa and other agencies had carried out research into the predicted effects of climate change, including warmer temperatures, rising sea levels and more intense and extreme events, including heavy rain and flooding, he said.

They had also funded a PhD student from the University of Otago to determine precipitation trends in the past decade.

"Sea level-rise effects, storm surges, tsunami events, shoreline retreat, coastal erosion and the resulting impacts, as well as flood protection, are some of the examples of work we have got under way at the moment."

Another focus was the effects of rising sea levels on South Dunedin and its infrastructure, including storm and wastewater systems.

"What is emerging with climate change is the importance of thinking broadly across all aspects of the environment," Dr Palmer said.

Climate change was also likely to have wider social and economic risks.Climate change policies are part of the ORC’s new long-term plan, which covered its programme for the next 10 years.

• A 2015 report by then parliamentary commissioner for the environment Jan Wright identified about 9000 properties in Dunedin that were less than 50cm above spring high-tide levels and almost certainly at risk of future flooding. About 2700 of those were in South Dunedin.

• A report for the Dunedin City Council by Prof Blair Fitzharris, of the University of Otago geography department,  said Dunedin was expected to face more extreme rain events, storm surges, droughts, fires and extreme winds. Low-lying areas near river mouths and estuaries and on the Lower Taieri Plain would be especially vulnerable, as would Waldronville, South Dunedin, Waitati, Warrington, Karitane and Waikouaiti.