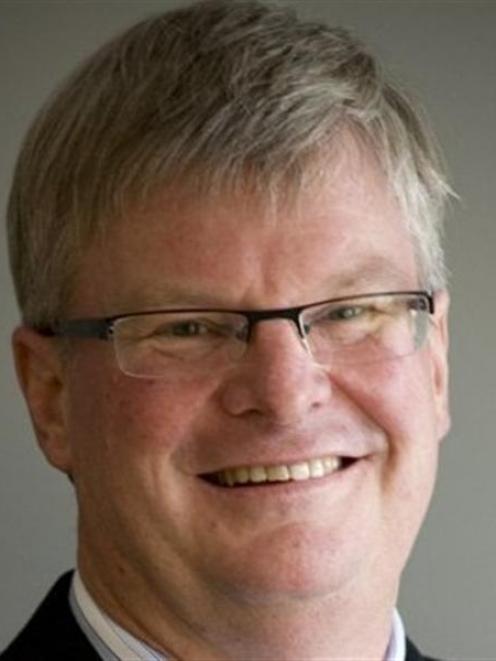 Peter Bodeker.
Up to $1.5 million of Government funding could be lost to the Otago Regional Council, if it fails to make peace with the New Zealand Transport Agency over bus contracts.

The national agency has yet to formally decide whether to provide half the subsidy of four newly awarded Dunedin bus service contracts.

The contracts make up about 25% of Dunedin's contracted public bus network and are collectively worth about $1.29 million a year, excluding GST.

All contracts had been awarded for three years, except one which was being reviewed annually.

The council expected its share of revenue from the services to be about $100,000 each year, and included in the collective contracts' annual worth was about $65,000 of operator contribution.

That left about $1 million a year, which the ORC and NZTA typically shared evenly. But if the NZTA refused to contribute, as indicated, the council was faced with covering the shortfall using ratepayer funds. Therefore, over three years the contracts could cost the council an extra $1.5 million.

It had about $4 million in reserves targeted for Dunedin transport.

ORC chief executive Peter Bodeker said he hoped the NZTA would accept the council's logic for awarding new contracts and provide its share of the subsidy.

''But the NZTA's behaviour to date doesn't fill us with confidence,'' he said.

New legislation set to go before Parliament for its second reading this week would, if implemented without adjustment, render the new bus contracts illegal.

The NZTA recently amended the proposed legislation to stipulate that no contracts could be entered into from July 1, Mr Bodeker said.

''Our contracts kick in on that date. If you were cynical, you might say they have changed it at the 11th hour to make our contracts illegal,'' he said.

The Government's proposed public transport operating model could force the council to revert to its old contracts, which were about $1 million more costly over three years.

The council supported the legislation, but it was likely to take two or three years to be formally adopted at a regional level, Mr Bodeker said.

Therefore, the new three-year contracts would not hinder its implementation.

An independent report, commissioned by the council, cleared it of any wrongdoing in its handling of public bus service contracts.

The report, by Ian Wallis Associates Ltd, was provided to the NZTA along with the council's new contracts.

''I don't think the NZTA has listened to what we think is a reasoned, evidence-based approach,'' Mr Bodeker said.

There were about another dozen contracted bus routes which the council would have to renew contracts for throughout the next five years and it did not make sense to have all contracts expire simultaneously, he said.

''That was one of the reasons to award these contracts now, to avoid the potential for a company to monopolise the services.''

NZTA southern regional director Jim Harland said the ORC had been given ample notice of the new legislation but chose not to align its procurement of bus contracts, despite offers of assistance from the NZTA.

The council had favoured short-term savings over longer-term benefits, he said.

''Our view is it's better to work through changes once, along with the rest of the country. We've always been of the view that the rolling over of existing contracts for a year is feasible and that period of time would allow the new passenger transport plan to be prepared.''

If national funding was not awarded to the ORC, it would be available to other regional councils for public transport.