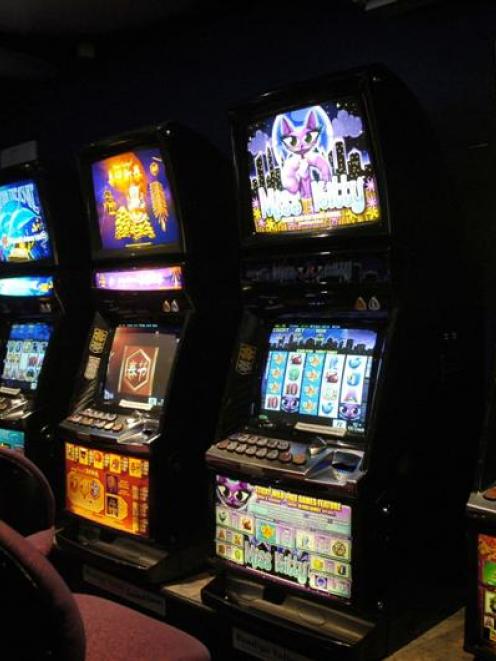 Several trusts confirmed they stopped processing grant applications for the union following concerns over its financial viability and its tardiness in providing receipts for previous grants.

Questions to the ORFU were referred to the New Zealand Rugby Union.

One trust, which declined to be named, said it was owed $25,000 for a grant given to the union for the purposes of age group rugby last year.

That money was earmarked for the Dunedin City Council for ground rentals, but was never paid to the council.

The union owes the council $399,464.05. A DCC spokeswoman, who confirmed money for ground rental was outstanding, said she knew nothing of the grant in question.

Grant recipients are required to present proof-of-purchase receipts as trusts are audited annually by the Department of Internal Affairs.

A department spokesman said trusts were responsible for ensuring recipients spent their grant money in the way outlined in their application.

"We have not been advised by any trust of an issue with ORFU grants, but we would follow up any concerns that are reported to us, or arise in the course of our audits. A trust must use its best endeavours to recover money not used for the specific purpose it was granted."

ORFU change manager Jeremy Curragh said the union was "going through a complicated financial reconciliation process where the amounts owing to creditors and the circumstances around debts are being verified.""We can confirm that some of the creditors relate to costs that have been funded by trusts. We have talked to these trusts.

"It is not appropriate to discuss the details around each creditor, but we are currently in the middle of a process of trying to put together a package for all creditors."

Warwick Hodder, general manager of the Trusts Community Foundation, a major supporter of the union, said the group was awaiting receipts for $286,000, money granted last year for the purpose of amateur rugby.

"In January, we indicated that we wouldn't give any more grants until we got accountabilities for the stuff we had already supported," he said.

"I am expecting when we do the final wash-up with them that a lot of it would have been paid, because we have certainly had no [other] indication since they announced their position."

The trust had not been kept up to date about the union's position, and "it is fair to say we are disappointed that it has taken this long to account for [the grants]", Mr Hodder said.

The Southern Trust chief executive, Karen Shea, said there was a "small amount" - less than $20,000 - which remained outstanding from last year.

She confirmed the trust, which was a supporter of the Highlanders secondary schools competition, had met rugby officials "and I am pretty happy that it will work itself out".

"I am sure it will be resolved, because if it is not, obviously then, future funding is a wee bit of an issue, isn't it?"

Receipts were expected within six months of a grant, "and we are not putting undue pressure on them in the interim because they want to continue the [Highlanders] competition".

However, the trust was supportive of the community rugby programme in Otago and was working with the NZRU to continue its support in an appropriate manner.

One trust grant, paid in September, was due for audit and would be in the hands of independent auditors, he said.

Lion Foundation chief executive Phil Holden said foundation grants, including one of $20,000 in August, and receipts, were all up to date.

However, an application received in February for $55,000 "is not going anywhere".

If the union went into liquidation, the liquidator would have the responsibility of ascertaining the financial situation of the union to ensure funds and assets - if any- were safeguarded for distribution to creditors.

Last week, ORFU chairman Wayne Graham confirmed the union had two grant applications outstanding. In addition to losing those grants if it ceased to be an entity, it would have to return any unused grants.

Mr Graham said the union had been affected by a funding shortfall, which included $200,000 less in pokie grants than was budgeted.