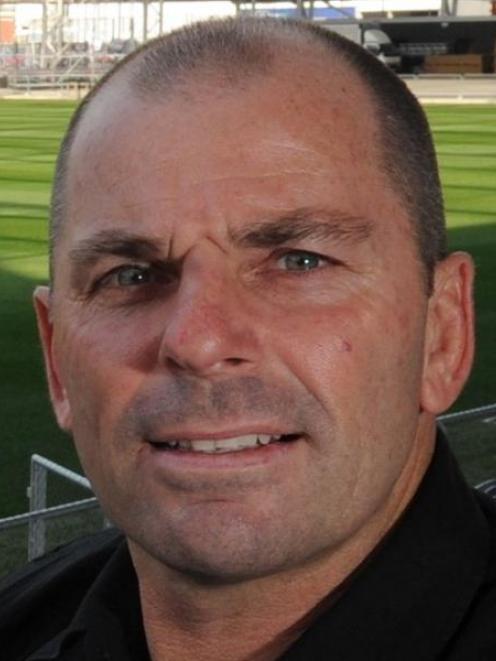 Jeremy Curragh.
The embattled Otago Rugby Football Union has $200,000 in funds to pay back small creditors but admits it is unlikely those owed cash will get all their money back.

The union has set up a telephone service to help the 180 small creditors contact the union but says the payment process is complex and will take about a month to work through.

Union change manager Jeremy Curragh said the union had contacted some of the creditors.

Now that agreement had been reached with the major parties to stave off liquidation, the priority was to help the small creditors.

"Now we have the agreement, our priority is to raise enough money to pay the creditors.

"We are asking them to be as patient as they can be so we can determine how much we can pay them," Mr Curragh said.

He declined to reveal who contributed the $200,000, other than to say it was a few individuals who wanted to support Otago rugby.

Companies had not yet confirmed in what form they would support the fundraising, but Silver Fern Farms support was to do with sponsorship and was not related to fundraising for creditors, Mr Curragh said.

"We need the public to get in behind us and support the union and help us out to support the small creditors. Right now, we are in the middle of a complex process of verifying the exact amount of money owed to these creditors."

Some creditors had been in touch, and the union had the assistance of chartered accountants and business advisers WHK in dealing with the creditors.

Realistically, it would take a month to determine the union's ability to repay the creditors, he said.

All creditors should at least get a part payment, but it was impossible to say how much at this stage, he said.

Host John Campbell said the show raised "tens of thousands of dollars" for the small creditors, including donations from Speight's and My Mate John's Furniture Warehouse.

Two unnamed businessmen would announce tonight that they would be matching any money raised "dollar for dollar" up to $100,000 each.

Mr Curragh said they were grateful for all assistance, but the television programme had been broadcast completely independently of the union.

Creditors contacted yesterday said they were more optimistic but were not celebrating yet.

William Signs Ltd director Bruce Carvell, a former Otago assistant coach, said he wanted to make sure the union had a future.

He was owed about $5000 but said he did not blame Otago rugby, but rather the administrators.

Money would have to be repaid, he said. He hoped it would not harm the union's future, he said.

Embroidme Dunedin manager Kathryn Cullen was owed about $2500 and said she was a bit more optimistic than before.

She was not holding her breath for payment, she said, but admitted some money would be better than nothing.