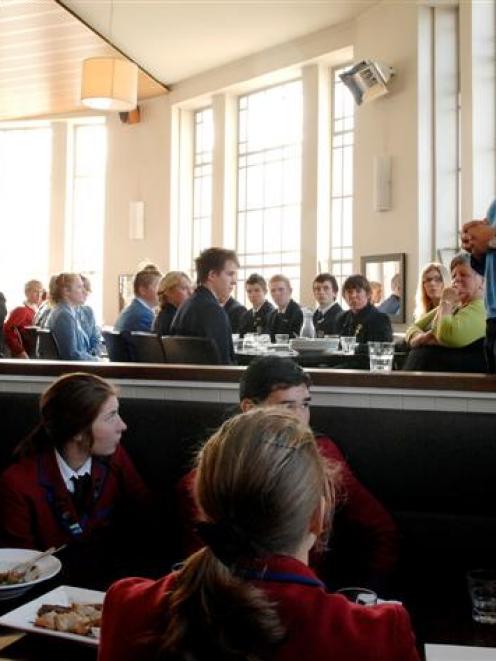 Oliver, who was back in Dunedin for a couple of days to be honoured on the University of Otago Physical Education Wall of Fame, said he initially agreed a witch hunt should not be held when the union was considering going into liquidation.

"But now is the time for some accountability. The players, the coaches and management have to show their accountability for 80 minutes every Saturday. Well the board, the CEO, all of them have to be accountable, too," Oliver said.

"They should have ultimate transparency. It is not good enough.

"I do not know enough about it and do not know the exact details ... but we have got to get to the bottom of it. Have a full and frank review and demand some answers. It is not too much to ask, surely. We just need to use some common sense.

"It is a zoo, really, and that sounds funny but it isn't. It is diabolical what has happened.

"You hear of people suing for defamation and that is not the Otago values I was brought up on by the likes of Gordon Hunter, Dave Latta, Dick Knight and Arran Pene."

Oliver (36) said the union would get through it - "we are tough buggers in the South" - but the union had to learn from what had happened and make sure it did not happen again.

Oliver, who played 84 games for Otago and 127 games for the Highlanders, was back from London, where he now lives.

He is studying part-time for an executive MBA at Cambridge University. He is in a class of 48 people, speaking 35 different languages, and said it was very enjoyable.

He had been working with a small renewable start-up company but had recently finished that and was looking at some other business opportunities.

Oliver was one of a rare breed of former professional players not still involved in the game.

"It has been challenging. I do not know many players who have left rugby completely when they are finished. Maybe Marc Ellis is one but there aren't many.

"There are only so many commentary jobs, coaching positions and rugby development jobs. It is really tough. If you think of rugby as a career it has basically been my life for 15 to 16 years. That is where I had my knowledge, my contracts, brand and reputation. Now I have given it up completely.

"I am going into something completely foreign. By nature, I think I'm quite an optimistic and positive person but it has been challenging. Hugely enjoyable, though."

He did not know where he would end up but he still owned a property in St Bathans, to where he loved to return.

Watching rugby was not a high priority - he did not have Sky television in the United Kingdom - and did not want to go down to the pub to watch with a "whole lot of whingeing Poms".

But he still caught the odd game and followed events on the internet.

The Highlanders were playing well, he said, and had to be respected.

"With everything that has gone on around them then they have to be admired. They have been able to block it out and focus on what happens on the field."