Landlords have been urged to act ahead of the Amendments to the Residential Tenancies Act kicking in to force . PHOTO: ODT FILES
An Otago landlords group is telling its members to move on difficult tenants now, before tenancy law changes take effect in February.

Amendments to the Residential Tenancies Act were passed into law last month.

From February 11, landlords will not be able to end periodic tenancies without cause, and fixed tenancies will change to periodic at the end of the period unless agreed otherwise.

Reasons a landlord will be able to end a periodic tenancy will be made clear closer to February and are likely to include provisions around "antisocial behaviour".

"I’ve told my landlords ... from when the changes come into effect you can no longer give tenants notice," Otago Property Investors Association president Kathryn Seque said yesterday.

"If you are wanting to give any of your tenants notice for any particular reason you need to do it now."

She was "educating" association landlords about the changes.

"There’s a vast array of reasons why a landlord would give a tenant notice. 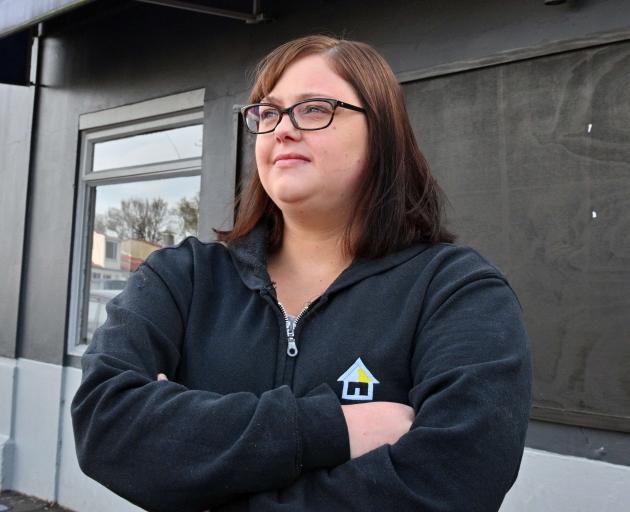 Otago Property Investors Association president Kathryn Seque. Photo: ODT files
"We would say that if you are having a difficult, troublesome tenant at the moment, especially around antisocial behaviour, it may be a good idea to possibly think about maybe renovating the property ... and giving them notice before ... it will be a lot more difficult to do so after the new laws come in."

Some landlords were choosing to leave the market and sell, Ms Seque said.

"I do have one member ... that’s had a rental property for 32 years and he sold it last week because of the RTA reform."

A lot of people now looking for a rental had been given notice because a landlord had chosen to sell, she said.

"It seems to be happening a lot more, especially in Dunedin from what I’ve noticed."

Landlords were finding it easy to sell for record high prices.

The healthy homes law — which from July next year will require rentals to meet a specific standard of heating, insulation and ventilation — was another incentive to quit the rental market for landlords, Ms Seque said.

"When landlords have these properties that are sub-par and they have to deal with these healthy homes laws, then they’re just thinking ‘well the RTA’s changed, the healthy homes laws kick in ... I now have to fill out all these statements come the first of December this year. I’m throwing in the towel’."

"When it comes to the reasons that their tenancy has been finished ... that is more hidden. They’re not clearly told the reason."

Mr McKenzie had heard anecdotally that landlords were moving tenants on before the tenancy law changes took effect.

The Salvation Army is working with about 36 families looking for a permanent rental.

Mr McKenzie said in the past couple of days he knew of two cases where people who had been in rentals for nine and 10 years were told to move on.

"These are people who have been good tenants over a long period of time."

They were often people who were not first priority on social housing waiting lists and had to try to get a permanent rental in a Dunedin market he described as very difficult.

"This has got worse in the last few months.

"The two cases I’m thinking of particularly this week, they have ended up in emergency housing and will probably both be in transitional housing with us in the next wee while."

The New Zealand Property Investors Federation — to which the Otago Property Investors Association is affiliated — has told its members to wait to see if National wins next month’s election before spending money refitting their rentals up to new heating standards.

The comments have been labelled "deeply disappointing" by the Labour Party and questioned by the Real Estate Institute and the New Zealand Green Building Council.

National Party leader Judith Collins has said her party would, if elected, tear up new Healthy Homes standards recently brought in by the Labour-led Government.

Landlords. Rats........ sinking ship........ get out while you can (at high profit and no capital gains tax). The only good news if landlords sell up is that it leaves more properties for people to own and LIVE in. Homes should not be a business, they should be a place to own and live in.

It still doesn't stop the renters spending their cash on cafes and holidays though, does it? Someone has to make the effort to save and many would rather have fun and not make any sacrifices, yet expect a cheap house fall into their lap.

Agreed... but do have some sympathy dealing with problematic tenents. Its also an admission that NZ has changed forever with home ownership. These steps are being put in in place to acknowledge that the number of renters has grown and will stay high forever and home ownership for many is more remote. Thanks to successive govts open door policies on immigration the supply and demand of houses is way out of kilter and only benefits those with money. Many parents now are financing their children into houses to just get them into their 1st home and avoid a life of renting. If the parents dont have money /collateral the task of raising a deposit is much more differcult for the 1st home buyer. Sadly this is a major step back for NZers and will be here for a long time. Just another example of NZs declining living standard caused by bad policy and mismangement

Labour - the party that knows the value of everything and the cost of nothing - with negligible private sector experience in their ranks, does not fundamentally understand how markets work. It should be no surprise to honest observers that homelessness has risen sharply in the 3 years that Labour has been in power. Effectively declaring war on landlords, most of whom are just moderate-income mum and dad investors, by increasing compliance costs, reducing the financial rewards, and particularly by making it much harder to get rid of problem tenants, is having an entirely predictable result: landlords are exiting the market in droves. Pushing along with this agenda in the middle of what will probably turn out to be the worst recession since the Great Depression simply demonstrates economic illiteracy of the highest order and is unforgivable ideologically driven lunacy. Perhaps they will eventually learn that talk Is no substitute for results when it comes to people’s enduring wellbeing (as opposed to fleeting feel-good moments). Unfortunately their record to date doesn’t give much hope of that.