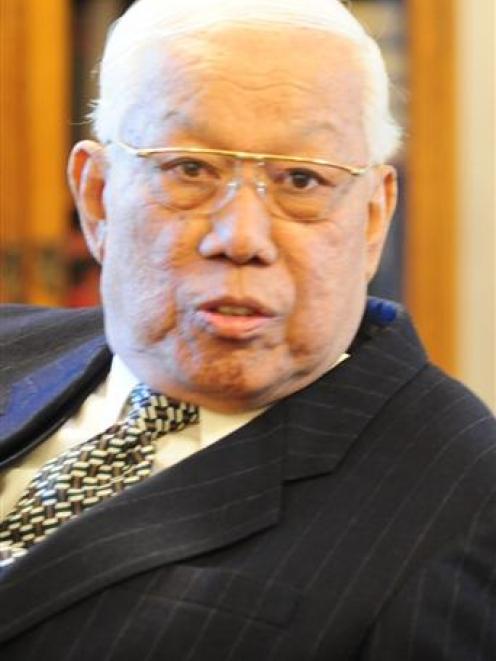 During his former 27-year-long political career in Malaysia, Dr Sulaiman (75) held 13 ministerial portfolios, including health and, on two occasions, education.

In his capacity as chancellor of the International Medical University (IMU), a private university in the Malaysian capital, Kuala Lumpur, Dr Sulaiman yesterday signed an agreement to extend a memorandum of understanding signed with Otago University in 2002.

The latest agreement not only continued earlier joint medical education arrangements, but also widened them to provide for joint training in dentistry, pharmacy, medical laboratory science and dietetics.

It is understood that more than 20 extra Malaysian students a year are likely to eventually study at Otago, given the expanded arrangements.

After about two years of initial studies at IMU, students will transfer to Otago to complete their degrees in those further health science subjects.

After signing the agreement, Dr Sulaiman visited the university's Carrington College, where he had previously lived for five years (from 1958 to 1962) while completing a bachelor of dental surgery degree at Otago.

At a morning tea in his honour, he met for the first time for about eight years Dr Colin Geary (71), a former dentistry student classmate from the 1950s and a former Otago pathology department head.

Dr Geary was pleased to see his old friend again. Dr Sulaiman had always been a "charming" person to be with and a fine communicator.

Those skills and abilities, which were later to serve him well in Malaysian national politics, had already been apparent during his Dunedin studies, Dr Geary said in an interview.

Dr Sulaiman, who was accompanied on the visit by his son, ophthalmologist Dr Mahadhir Alhady Sulaiman, said he was pleased to be back at Otago University, which had always maintained high academic standards.

At Otago, he had gained not only professional training, but also greater cultural understanding through mixing with the many friendly people he had met in Dunedin, he said.

• Dr Sulaiman was one of the first Malaysian students to study at Otago under the Colombo Plan.