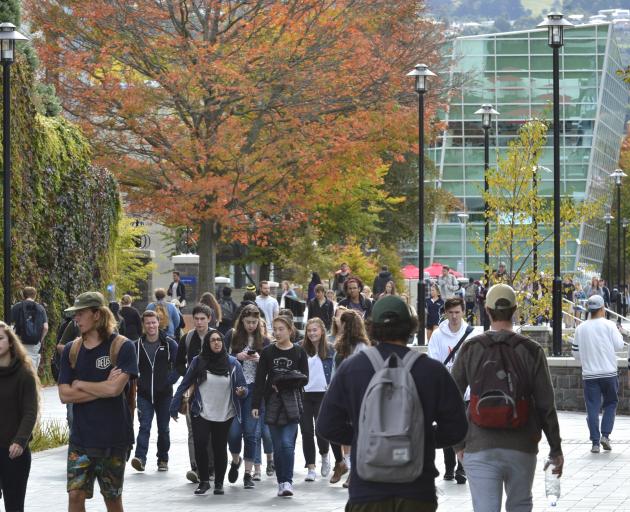 A decline in domestic students of 85 Efts comes as tertiary institutions around the country face a multi-year trough in the number of school leavers due to birth rates, Prof Hayne said.

''There is a demographic dip that led to last year's 13 school-leaver pool being appreciably smaller than the previous year.''

This and a strong economy creating more job opportunities meant it was likely fewer school leavers, and others, were entering university study.

Numbers were only expected to bounce back by 2021, meaning the university would be doing well to ''hold our own'' until then, Prof Hayne said.

The decline this year was almost offset by international student numbers growing for the second year running.

International Efts as of the end of March were 5.6%, or 71 Efts, up on the same time last year.

After the meeting, deputy vice-chancellor, external engagement, Prof Helen Nicholson said the increase in international students came after the university had increased its marketing efforts and tailored courses towards the international market.

The growth was driven by an increase of 16.7%, or 60 Efts, in the number of United States-based students coming to study at Otago.

Prof Nicholson said the university was ''unusual'' in that the US was its biggest market.

The university and the experience was already seen as a ''very attractive option'' for students from the US and it had stepped up recruitment efforts.

Numbers coming from China, Germany and India had also increased, which was offset by declining numbers from Saudi Arabia because more medical school places were being taken up by domestic students.

Prof Hayne was positive about several other trends, including growth of 3.9% in Maori student numbers and 6.9% for Pacific Island students.

First-year students were also of a higher academic calibre than last year. Early indications were more than one in four school leavers had gained excellence in level 3 NCEA.

The slight dip in numbers comes after growth in first-year numbers last year helped push overall numbers up by .7% to 18,287 by the end of year.

This was the first time student numbers at the university had grown since 2010 when they peaked at 19,661 Efts.

Prof Hayne said with about 1000 more enrolments expected in semester two and later in the year, numbers were on track to be ''very similar'' to last year.