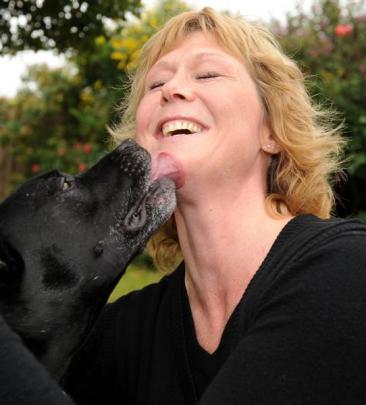 Dog-lovers say the finger of blame should be pointed at parents, not Staffordshire bull terriers, following the mauling of an 8-year-old boy in Dunedin.

The boy needed surgery and 60 stitches to reattach the ear and repair other injuries, prompting Jayden's mother, Carley Ludlow, to say dangerous dog breeds "should all be shot".

There was disagreement over whether Friday's attack was provoked, but the dog was destroyed on Saturday after the "gutted" owners handed their pet over to Dunedin City Council animal control staff.

She expressed sympathy for the Jayden and his parents, but said Staffordshire bull terriers were a breed known for being "kid-friendly".

She suspected the dog - named Chaos - must have been "teased and tormented", and said owners and parents both needed to take responsibility.

"I do not believe there is a 'dangerous breed' in the dog world ... it's the parents who need to educate their kids about all dogs, as in most cases the kids torment and tease, then their parents wonder why the dog retaliates.

"A dog only has one defence weapon and that's its mouth. It can't talk, it can't push away.

Kids need to learn to be gentle with all dogs, otherwise stay away from them."Miss McNeill said she owned a Staffordshire bull terrier-Labrador cross until earlier this year, when the 12-year-old named Missy died of old age, and had never once had a problem with aggressive behaviour.

Her neighbour had a 3-year-old child - and another baby on the way - but was happy to own a pure-bred Staffordshire bull terrier named Bronx, which Miss McNeill sometimes cared for and said was also harmless.

"Every [Staffordshire] I have come across, including my own, has been great with people, especially kids - loving, patient and tolerant," she said.

Pit bull owner Alicia Miller saying that labelling all Staffordshire bull terriers as dangerous discriminated against others "that haven't done anything wrong".

Another owner - who would not be named - said the publicity meant owners like her might face unwarranted criticism when taking their Staffordshire bull terriers out in public.

"It makes it very hard to go places with our Staffy [Staffordshire bull terrier]."

Children were the most likely to be bitten.

Those aged under 5 accounted for 24% of dog bite victims admitted to hospital, due to the lack of strength and motor skills needed to ward off a dog, Mr Healey said.

It was also possible "immaturity and a lack of judgement" by children could lead to attacks, as animals perceived their behaviour as threatening or aggressive, he said.

He urged caution about targeting specific breeds to control, saying it might be more effective to target "chronically irresponsible dog owners".