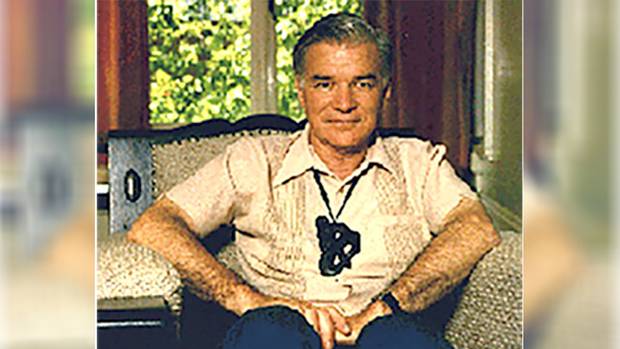 Another victim of the disgraced Dominican theologian has come forward to say Shirres abused her and her sister in Auckland in 1966 and her parents reported it to a parish priest.

The New Zealand Herald has confirmed that the priest then told the Dominican order's provincial - the most senior cleric in Australasia at the time - and that Shirres was later sent away from Auckland to live at Aquinas College in Dunedin, but continued to work with families and children for decades.

Shirres was exposed in the Herald last month (July 25) as a self-confessed paedophile who had abused Whangarei woman Annie Hill, 56, from the age of five.

Hill's sister, Marcelle Kiely, 61, who was also abused by Shirres, said she was told by a councillor that the priest had admitted to molesting dozens of children. The Herald has learned of several similar claims against him since the story was published.

Shirres, a lecturer at the University of Auckland, died in 1997, four years after being demoted from priest to brother and entering into a SAFE programme for sexual offenders after the Catholic Church recorded five complaints of sexual abuse against him.

In the latest revelations, an Auckland woman who had lived in St Dominic's Parish in Blockhouse Bay said Shirres had abused her and her sister in their shared bedroom about 1966, when they were aged 10 or 11.

The woman, who did not want to be named, said her parents had told then parish priest Father Raymond George of the abuse.

"He would place his hands where he shouldn't have and we knew this was very wrong, but didn't know a lot about why it was wrong, being so very innocent," the woman said.

"After a few 'episodes' we decided to tell mum and fortunately she believed us and went to Father George."

"I am so very proud that we said something and that our friends weren't bothered any longer," she said.

The woman said she did not see Shirres around the parish again after that and was told by family members that Shirres had been sent to the South Island.

Dominican Order provincial Father Anthony Walsh, who is based in Victoria, Australia, confirmed to the Herald that Church authorities were informed of a complaint. "After a thorough search of our archives we have found that concerns were raised by Father Raymond George to the Provincial of the time but there were no specific details given," he said. 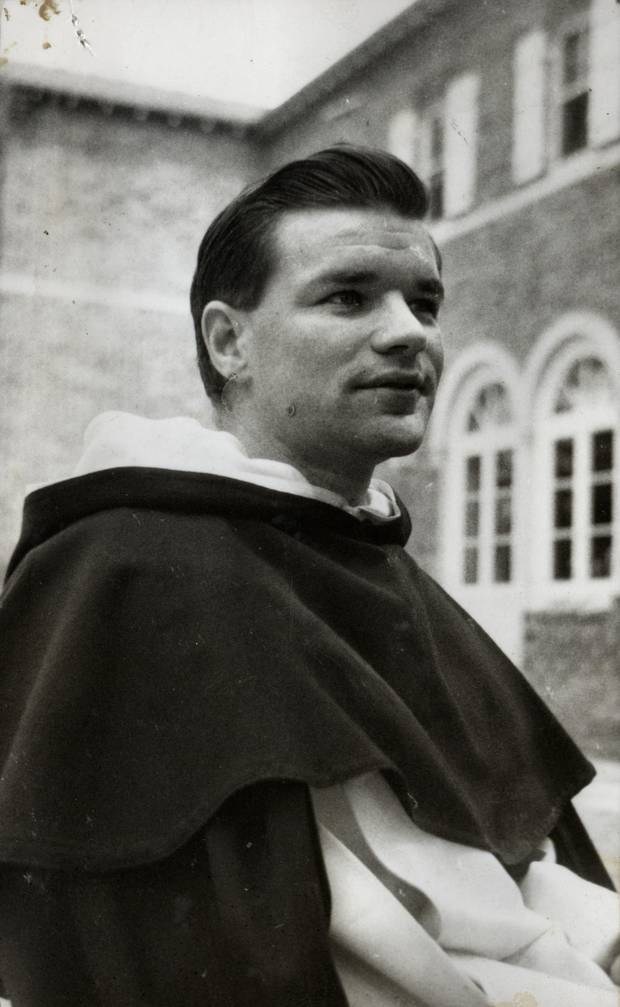 Father Shirres at St Patrick's College, Silverstream, in Upper Hutt in 1954. Photo: Supplied/NZME
He also confirmed Shirres was later moved to Aquinas College in Dunedin after being resident at Newman Hall in Auckland during the period the complaint was made. It is also understood Shirres had stayed at the Dominican priory in St Dominic's parish. Records show he carried out his last baptism in the parish in October 1968.

After 1973 Shirres began working within vulnerable Maori communities, particularly around the Far North, where he was welcomed as a Pakeha theologian who championed Maori spirituality.

Meanwhile, it is understood sexual abuse victims advocate Louise Nicolas has petitioned Catholic Bishop of Auckland Pat Dunn asking the church to offer support to a Rotorua woman, who is another of Shirres' victims.

Another woman told the Herald Shirres acted inappropriately towards her and her sister when he stayed with her family in Wellington in January 1964. He was asked to leave by the girls' father.

The family did not approach authorities at the time because of Shirres' friendship with members of the extended family. The family requested privacy and said the situation was too stressful to pursue any further.

Hill, who requested other victims to approach her for support, told the Herald she had been overwhelmed by the response, including the story of the Blockhouse Bay family.

"After a lifetime of abuse in so many forms all I can do now is express gratitude to the family who have come forward to confirm my reality."

Spokeswoman for the Catholic Diocesan of Auckland, Dame Lyndsay Freer, said no records of Father George contacting the bishop's office over the allegations could be found.

Asked if it was conceivable that the Dominican Order provincial would not have alerted the Bishop of Auckland about the sex abuse complaints against Shirres in 1966, she replied; "Whether or not it's conceivable, the fact remains that there is no record."

She declined to comment when asked how many further complaints the Church had received since Hill spoke out in the Herald.

She said the Church was directing victims to contact Virginia Noonan, director of the Catholic Church's National Office of Professional Standards (NOPS), which responds to complaints of abuse.

It is also responsible for monitoring and auditing the compliance of dioceses and religious orders with its ''safeguarding'' principles and procedures.

Father Walsh released a statement to Catholic media last month expressing ''deep sorrow and heartfelt apology to those who have suffered, and continue to suffer, because of Michael Shirres' actions."

The statement did not acknowledge any failures by the Dominicans' or the church in the matter.

"We are committed to provide whatever assistance, healing and hope we can to those who have suffered so badly," the statement read.

"Since the matter had come to light in 1992, the Dominican Friars have provided counselling support as well as agreed settlements for the victims who have come forward. The shame of the pubic revelation of Michael Shirres' crimes only deepens our resolve."

• If it's an emergency and you feel that you or someone else is at risk, call 111.

• If you have been abused, remember it's not your fault.