The agencies behind an appeal of the renewal of Wests' liquor licence are keeping silent on the reasons for their appeals.

Wests (NZ) Ltd was granted an off-licence in April, after a battle from November last year by the company to renew its licence.

Dr Poore and Ms Cashell-Smith have both lodged appeals against the Dunedin District Licensing Committee's decision.

The appeals will be heard together by the Alcohol Regulatory and Licensing Authority in Dunedin next month.

Dr Poore said, via email through a Southern District Health Board media liaison officer, she would not comment because "the matter is going to appeal and it's not appropriate to comment until the hearing''.

Ms Cashell-Smith said she was "unfortunately not in a position to comment''.

"I understand it's once the hearing has taken place that I could then possibly comment,'' she said.

Wests director Alf Loretan described the appeal as "bewildering in the extreme''. He said he had the support of police, the community and nearby high schools in running his business, as his family had for generations.

He planned to engage a lawyer to fight the appeal. 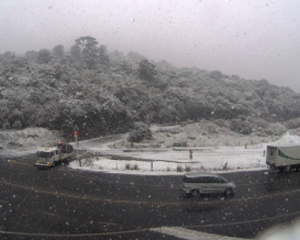