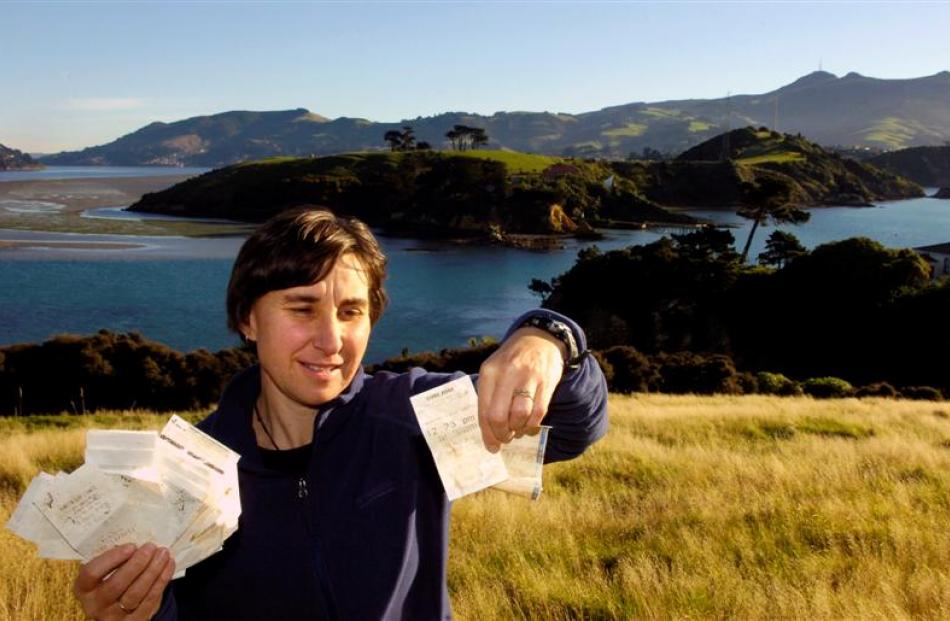 Quarantine Island caretaker Francine Vella says more than 100 plastic-coated parking tickets circulating in Otago Harbour have washed up on the coastline of the island (pictured behind) in recent months. Photo by Jane Dawber.

A wave of plastic-coated parking receipts washing up on Quarantine Island - some almost a decade old - shows something is not right in Otago Harbour, an island resident says.

Quarantine Island caretaker Francine Vella has gathered more than 100 of the receipts from the shoreline since she and her family moved to the island in December.

The arrival of the receipts - which also wash up on harbourside beaches - marked the end of a journey that began when motorists discarded the expired slips in the street.

From there they were swept into the city's stormwater system, before spilling into Otago Harbour and circulating in the currents until washed up.

Ms Vella said this month's wet and windy weather had delivered another wave of the receipts. She collected 17 during one recent shoreline walk.

Many were only weeks or months old, or blank after circulating in the harbour, but others - including one dating back to 2004 - were still legible, she said.

None showed any sign of breaking down completely, which highlighted the environmental threat they posed, she said.

She planned to deliver all the receipts to the Dunedin City Council in June, six months after her collection began, as a protest against their continued use.

However, the island's problems were a small part of the receipt story, Cr Jinty MacTavish said yesterday.

Concerns about the environmental impact were raised by submitters during this year's annual plan hearings, after "huge numbers" of the receipts were recovered from harbour beaches, she said.

Council development services manager Kevin Thompson said a trial involving all-paper receipts had failed, but there would be another trial next month.

The company that provided the Dunedin parking machines, GISL, operated across Australia and New Zealand and used the plastic-coated paper receipts in all its machines, he said.

The receipts' plastic coating prevented them from bending in sunlight, becoming discoloured or causing mechanical problems for the machines, particularly in damp conditions, he said.

It was hoped a paper-only solution could be found that would work in Dunedin. 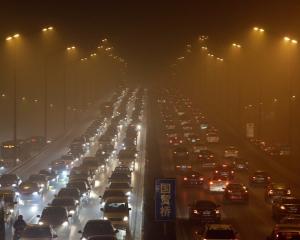