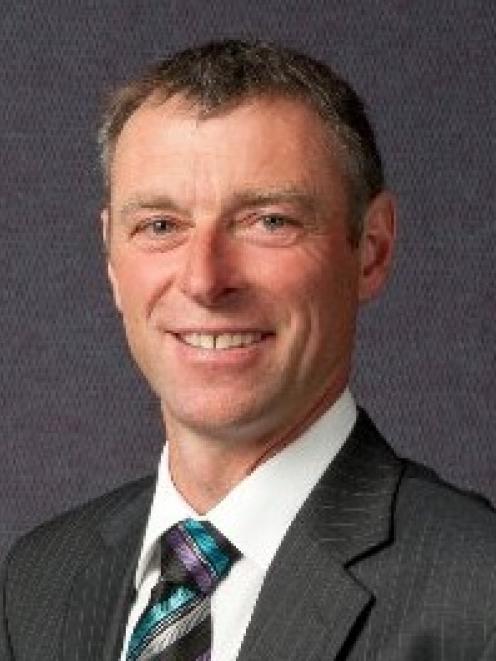 Stephen Woodhead
The Otago Regional Council is keen to repair the damaged trust between some of the region's farmers and the council after concerns about rising charges and communication issues were highlighted this week.

That message came through clearly yesterday as an ORC hearing panel began discussing the ORC's proposed long-term plan, and in submissions made on the plan at public hearings earlier this week.

The panel yesterday completed nearly a week of hearings involving submissions on the ORC's proposed 2015-25 long-term plan, including Dunedin hearings on Wednesday and Thursday.

During the Dunedin hearings, several Taieri farmers complained about projected high costs, including a proposed budget item involving about $4.5million in further flood protection work on the Taieri, included in the long-term plan.

Farmers were also worried about what they viewed as other high charges, some linked to the implementation of the council's 6A improved water quality plan.

Several submitters, including an environmental group representative and a rural consultant, suggested the ORC should return to the spirit of a court-mediated agreement over its water plan, by working more closely with farmers and others affected by the proposed changes.

ORC chairman Stephen Woodhead said yesterday regional councillors were ''just as concerned'' as farmer-submitters about ensuring the relationship between farmers and other rural landholders and groups was well maintained, and that any communication problems were overcome.

Maintaining good relationships was ''absolutely essential'' to the implementation of the council's water plan by 2020, Cr Woodhead said.

Hearings panel chairman Cr David Shepherd acknowledged there was a ''perception'' in the community that there had been ''disengagement'' between the ORC and some rural people.

Discussion among panellists yesterday had emphasised that the ORC should ''work very hard to rebuild the relationship and nullify the perception that's out there''.

''If there's a lack of trust out there in the country we will certainly be working to rebuild that,'' he added.

Implementing the rural water quality plan was a ''very, very high priority'' in the ORC's planned activities, but teamwork was needed.

''We're all in this together. Everybody wants the same end goals,'' Cr Shepherd said.

During yesterday's deliberations, panel members asked if sufficient resources were available to enable networking to be fully maintained with rural communities, and discussed what could be done to make improvements.

ORC director of engagement Jane Leahy said that over the previous six weeks the ORC had, in fact, attended 16 meetings and communicated with 300 farmers.

Some submitters earlier pointed out that a stakeholder liaison group that was to have been set up under a court-mediated agreement had not been established, and that details of a protocol for eventual water quality monitoring measures had not been provided.

Cr Shepherd said the ORC was working to complete those requirements.

ORC chief executive Peter Bodeker had been developing proposed options involving the stakeholder group, to be considered by the ORC, and he hoped this group would be established as soon as possible, Cr Shepherd said.

Although the $4.5 million Taieri flood protection budget item had been included in the long-term plan, more investigation was needed and there would be community consultation before any decisions were taken, he said.