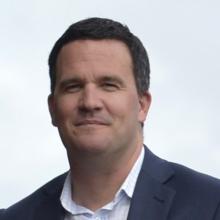 Richard Saunders
The next section of the Otago Peninsula safety improvements and shared pathway will be built between Broad Bay and Portobello.

Work on the $12.5 million 2km section of new seawall will start next month and entail about a year’s disruption on that section of road.

Earlier this month council staff voiced frustration after a call for tenders to complete the whole project, which still requires large sections to be constructed in places along the lower peninsula road, came in at about $60 million, $20 million over an already-inflated budget.

At that time staff said they were in discussions with a preferred contractor and hoped to announce a way forward soon.

Yesterday, Dunedin City Council transport group manager  Richard Saunders said the council was "very pleased" to be getting started on at least the next section of the shared path, given the peninsula and wider city community’s interest in it.

The safety improvement project includes road-widening and the construction of a shared path for pedestrians and cyclists, with the aim of making the road safer.

In some areas the road will be raised to protect it during high tides.

Mr Saunders said repairs to the slip at the end of the Turnbulls Bay retaining wall, which appeared in last year’s July rain, would also be completed in this phase of work.

"We had planned to start at the city end of the route, but the need to repair the slip means it makes more sense and will be more efficient to start with this section."

Construction was expected to start in April and take about one year.

Traffic management would be in place during that time and the road would be down to one lane in places.

The contract for the Broad Bay to Portobello section had been awarded to Fulton Hogan. The council’s portion of the funding was about $5.5 million and the NZ Transport  Agency was funding the balance.

The cost of repairing the Turnbulls Bay slip, which affected one end of a large retaining wall, was still to be confirmed, as it was still being designed.

The $12.5 million cost was for the sea wall section only.

He hoped to have a price for the slip repair shortly.

Details of the construction and costs for the next sections of the shared path were still being worked through, Mr Saunders said.

"We  ... will keep the community informed as we firm up the construction programme."

Otago Peninsula community board chairman Paul Pope said the peninsula community had been waiting eight or nine years for the safety works and shared path, so everyone was happy the next phase was getting under way.

"Of course, we’d love to see the whole thing completed, but we’re making a start and we’re happy with that."

The travel delays during construction would be an irritation but "you have to break a few eggs to make an omelette and we’re just going to have to deal with that."