Performer waiting for her zither to come hither 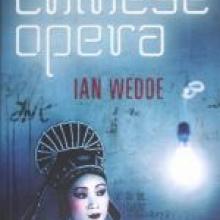 Na, of Beijing, one of the most accomplished players of an ancient seven-string zither in China, arrived in Dunedin yesterday without her instrument.

She had travelled from China to perform at the world premiere of High Mountain Flowing Water at the Glenroy Auditorium tonight, as part of Arts Festival Dunedin.

The fragile instrument was in a soft case and had travelled with her in the plane cabin to Wellington, but the plane for the flight to Dunedin was too small and the instrument needed its own seat to fly with her, she said.

The guqin was booked on the next flight and she expected it to make it in time for the performance, she said.

Na, who declined to reveal her age, said she began learning the guqin at the age of 8 and the following year went to Beijing to start 16 years of study at the Central Conservatory of Music.

In the one-night-only performance tonight, she would be joined by composer and pianist Gao Ping and Dong Fei, who would sing poems.

Dunedin was quick to impress Na.

''When I was on the way to the city and I look out the window, I saw the sheep and the milk cows and the huge, green ground. I love it. It's beautiful.''