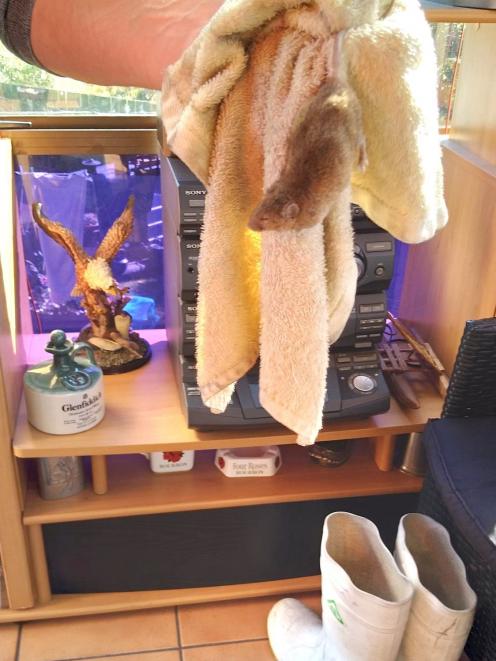 A poisoned rat caught by Janice Walsh in her Caversham home. PHOTO: JANICE WALSH
After weeks of being tormented by rats, a Dunedin homeowner wants to know why she appears to be alone in fighting off the horde.

Janice Walsh said she first noticed the rats around her Caversham house two weeks ago, and had seen them every night since about 10 o’clock.

She tried poison and traps, but had little success.

In previous years she would find evidence of rats, but never this early in the year, and she never actually saw any rats, she said.

She contacted the Otago Regional Council, but had not heard that it was doing anything about it.

She spoke to Ecolab about controlling the pests, and was told to continue using traps and to move them regularly.

Mrs Walsh said she felt like she was dealing with the infestation alone.

"It falls back financially on the homeowner, but they’re coming from someone else’s property, so why do they not have to put some bait stations around? Why are they not trying to control them?" 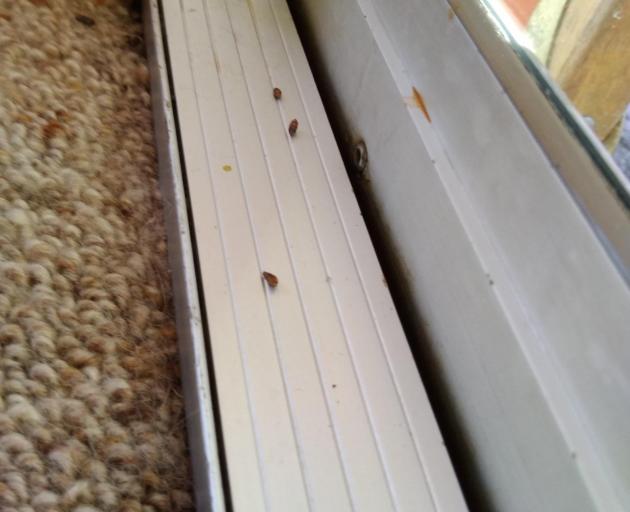 Rat droppings left on the window of Janice Walsh’s Caversham home. PHOTO: JANICE WALSH
Her neighbours were also dealing with rats, she said.

Mrs Walsh had no idea why the rats were out earlier this year, but the rodents were causing her a lot of stress.

"I don’t mind putting out bait and setting traps, but someone down the line has to take responsibility."

Regional council biosecurity manager and rural liaison Andrea Howard said there were no rules for landowners around controlling rats, barring specific sites such as the Otago Peninsula, and the regional council did not help manage rats outside of those areas.

She said there were a range of options for controlling rats, and the regional council encouraged people to contact a pest control expert and explore possible solutions.

Bait, bait, and more baits. Well separated and replenished as they are taken.

Have your neighbours join in a baiting campaign.

Rats operate socially as clans that vigorously defend their territories ... so you need to take them out clan by clan. Large clans may occupy several hundred square metres and you need to cover much of the range ... otherwise you are just farming them.

Do not ask the Regional Council for help or advice - they are employed as administrators and know no more than you.

Lol yes indeed there are way's.. contact your nearest pest control expert and that's our advice.