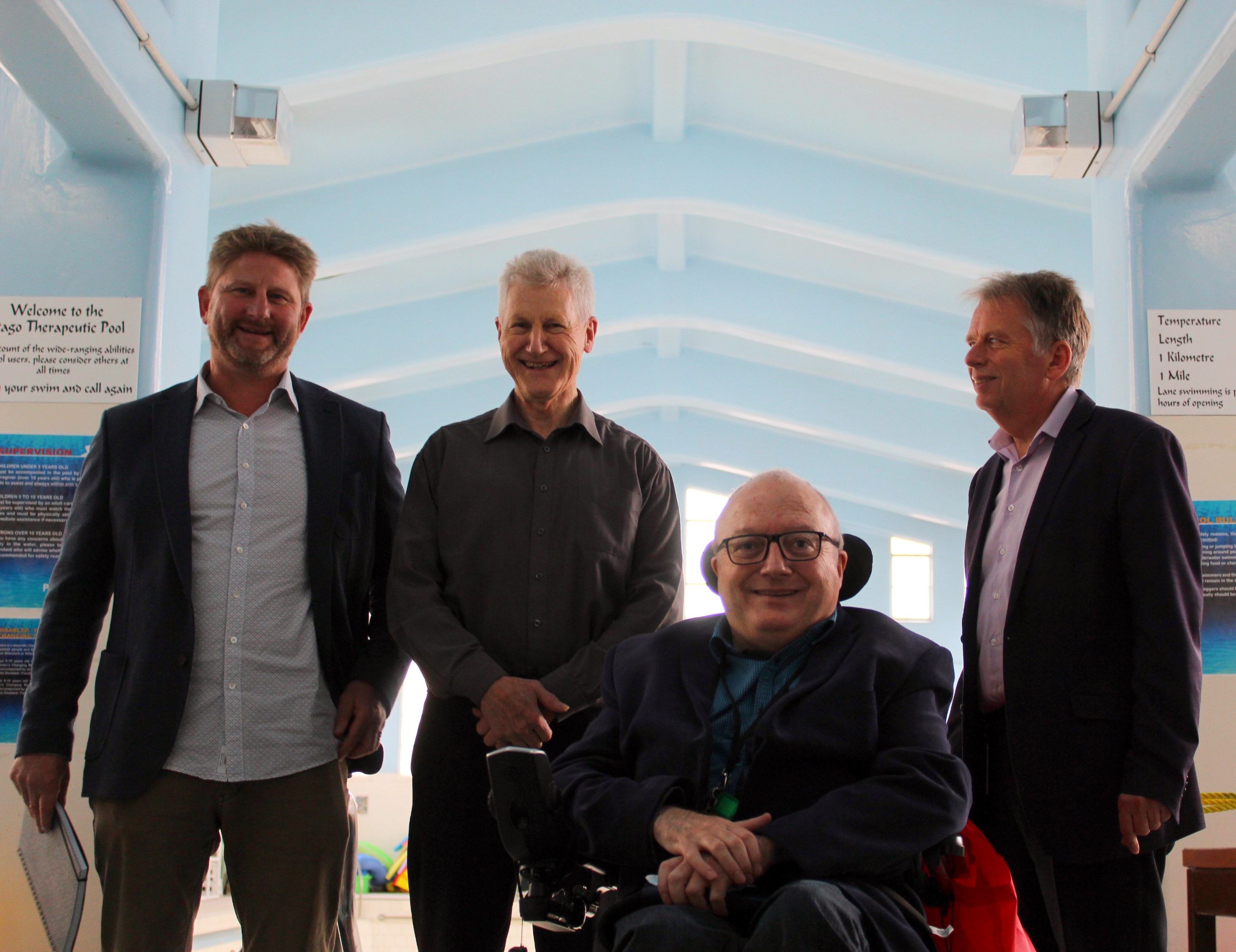 Reporter Simon Henderson attended a meeting earlier in the week to find out if the pool will ever open again. The loss of Dunedin’s only therapeutic swimming pool has been a calamity for many of a dedicated community of users.

The pool, heated to about 35degC and with accessible features including a pool hoist, private changing rooms and wheelchair access, has been a lifesaver for many recovering from surgery or with lifelong disabilities.

About two dozen people attended in person and online via Zoom to hear from interested parties and discuss options.

Mr Ford said he had been a user of the pool since the 1970s.

"As a matter of fact I was first filmed for television at that very pool, screaming and kicking and whatever else."

The pool had been a large part of his life.

"It has been important for my health and wellbeing, it really has been."

He personally believed the pool should be temporarily reopened and immediate issues such as the heating system fixed.

"However, in the long term I have to personally concede that we are looking at a new pool".

Pool user Fred Daniel said without the therapeutic pool, he would not have been able to do the things he had done since 1980, when he fell in a storm drain in Singapore and was paralysed from the neck down.

His recovery had been connected to using a number of pools, but the Dunedin therapeutic pool was the one that really did the job for him.

Other pools did not have the right temperature and access was "appalling", Mr Daniel said.

Southern District Health Board (SDHB) owned and maintained the pool building and equipment.

SDHB executive director of corporate services Nigel Trainor said for him the most important thing was to get a therapeutic pool into Dunedin somewhere.

"We have a pool here that has a lot of work that needs to be done to it."

The pool was in a very, very poor state of affairs, he said.

"There's a number of infrastructures either broken, or of such an age that if you fix one piece, another piece will end up breaking."

Mr Trainor said the recently released SDHB master plan showed the site of the pool was free of any future anticipated developments right up to 2080.

Therefore he had proposed to the board to lease the land on which the pool sits to the Otago Therapeutic Pool Trust and hand over the pool to the trust.

He did caution however there was a lot of work the trust would have to do before they enter into an agreement with the SDHB.

"You want a good building that actually is fit for purpose, particularly for people with disabilities."

Otago Therapeutic Pool Trust secretary-treasurer Neville Martin said he had a long connection with the facility and was a past trustee in 1991.

Leasing the pool for the long term from the SDHB would include taking over full operation of the pool.

"So that means it will become responsible for how the infrastructure is operated, maintained, paid for, and all the risk associated with that."

When the failure of a heat exchanger in May last year forced the closure of the pool the Trust, which until then operated the public-only sessions of the pool, advocated for the replacement of broken equipment by the SDHB so the pool could reopen.

"However, it became evident during discussions that a longer term solution was necessary to justify spending a significant amount of money on new equipment when other equipment could fail and when there were numerous items of deferred maintenance which needed to be addressed urgently."

The SDHB had agreed in principle to work with the trust to develop a long term lease of the site on which the pool was situated and the pool itself.

The detail of the lease was yet to be agreed, but the expectation was that the SDHB would no longer be responsible for operating the pool.

"That risk will pass to the trust."

The trust was in discussion with Joff Riley of project management company Feldspar Associates about a feasibility study to determine the scope and cost of an upgrade of all facilities at the pool, assess the importance of a hydrotherapy pool to the community and find solutions for long term financial viability.

"It is likely that the study will include an assessment of the future provision of aquatic facilities by the Dunedin City Council," Mr Martin said.

Depending on the recommendations of such a study and the commitment to implement them another substantial fundraising campaign would be required so it was likely the pool would remain closed for at least this year, Mr Martin said. 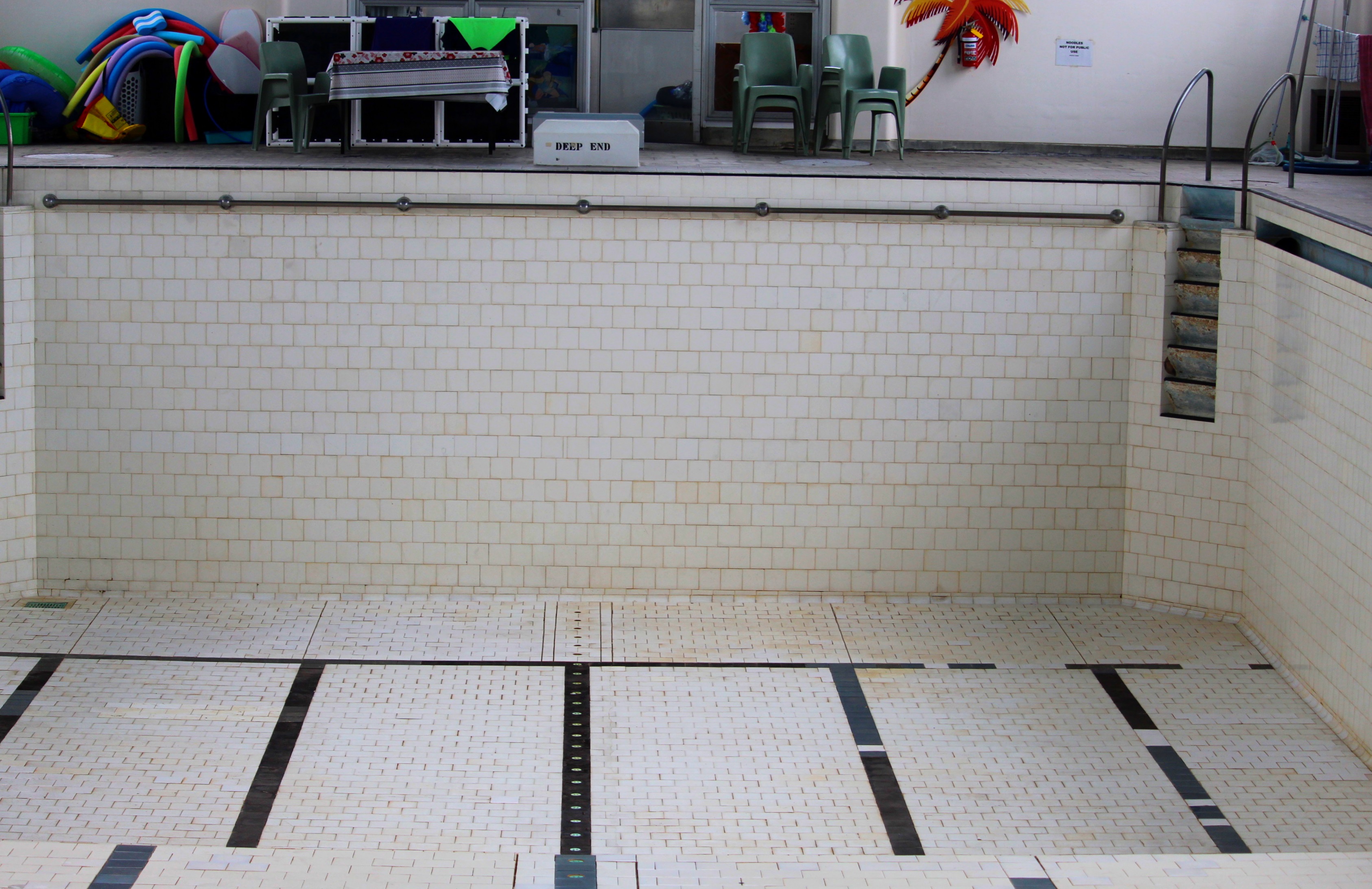 In the deep end ... Dunedin's physiotherapy pool remains empty and closed while discussions about its future continue. PHOTO: SIMON HENDERSON
The Star
3 Comments

i am so outraged by this ....both the trust and the DHB are legless and lame. Neither entity are proactive in getting this fixed. One big sponsor is all they need. They dont want any outside help. What angers me the most it is a facility that many women use especially the 50+ . Dunedin the land of the stadium and dead sports people museums but when it comes to a facility that is used primarily by the sick, the aged, and the distressed and women, there are never any resources. People all over the world travel far and wide to go to hot pools for their health but here in Dunedin the ignorant reign. A million dollars is chump change - what about the billions of dollars the government has granted for mental wellness - why hasn't this resource been used. come on

It won't open again they will have a plan to put something else there funded by the University they have lots of money.