Pig on the loose in North Dunedin

Residents in North East Valley and Normanby have reported seeing a pig wandering the area’s streets and parks at night.

Nikki Muir saw the animal waddling past her house on Monday night, but before she could get a good look it ran into nearby Chingford Park after her dog gave it a fright.

She posted about the encounter on a community Facebook page where others quickly confirmed they had also seen it walk past their homes. 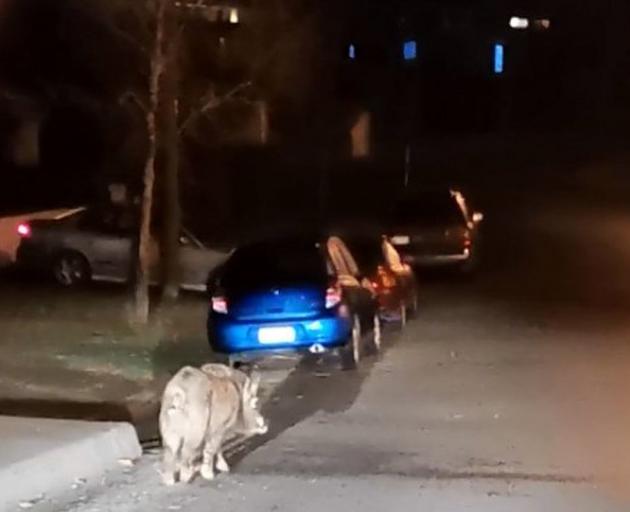 A lone pig trots along Beechworth Rd in North East Valley earlier this month. Several residents in the area say they have seen the animal walking around the suburb in the past three weeks. PHOTO: SUPPLIED

Another resident Kelcie Dooley said the pig "casually" walked along Beechworth St with a car slowly following behind, two weeks ago.

A video of the animal, walking along the street, was also posted on social media.

While some described the animal as wild looking, Ms Dooley was not so sure.

"It looked like he wandered up the hill ... he didn’t seem very wild to me, or panicky about the car," she said.

She said her flatmates had also seen the porker on Monday night, this time in North Rd.

A Dunedin City Council spokesman said there was no record of any complaints or calls relating to a pig roaming the streets in North East Valley.

Staff had impounded a small pig found in Riselaw Rd last week and it had been reunited with its owner.

There were very few animal services callouts involving pigs in Dunedin, he said.

No doubt the dcc will try to catch it all guns blazing (literally).
It appears happy, not bothering anyone so the best thing would be find the owner or if no owner then somebody with a farm may want to take it on.

There are a few pigs living in the bush around Mt Cargill and Nicol's creek. It's probably a wild one out for a stroll.