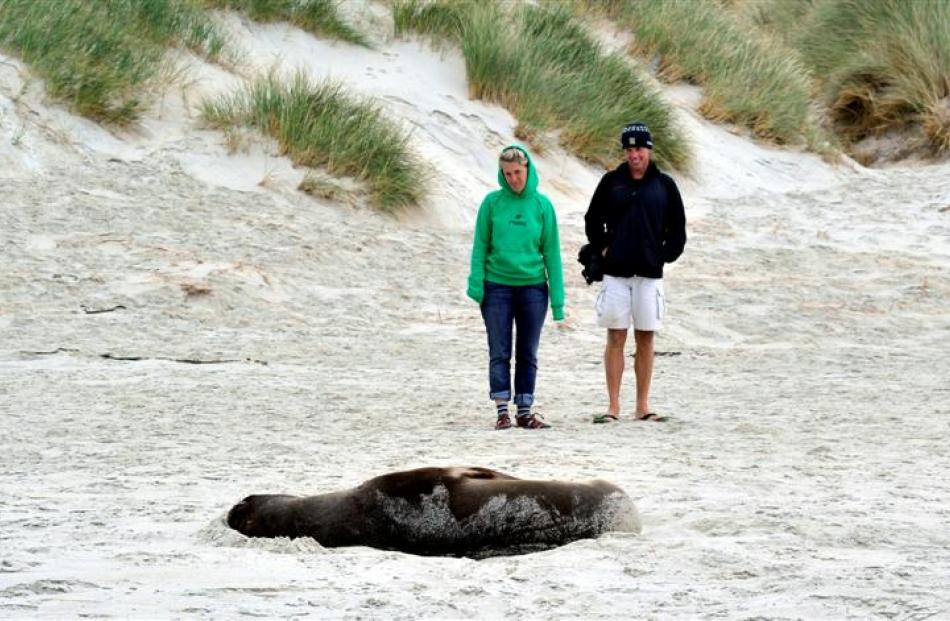 A Ministry of Fisheries proposal to drop the sea lion mortality limit in the Auckland Islands squid fishery is "both bizarre and draconian", the New Zealand Sea Lion Trust says.

The discussion paper released by the ministry for consultation suggests that no mortality limit be set for the squid fishery, which overlaps the foraging grounds for the islands' "nationally critical" sea lions.

The proposal comes with conditions including that all vessels carry and deploy sea lion exclusion devices and follow all reporting requirements.

The ministry also proposed increasing observers on fishing boats to 50% of the fleet.

It would be reviewed in five years, or earlier if more than 15 sea lions were observed being captured in one season, if more 4700 tows were made by the fishery and if the pup count dropped to fewer than 1501 pups on the Auckland Islands.

The changes were based on observations and research showing the number and rate of observed mortalities had "declined markedly" in recent years, most likely due to the improvement in sea lion exclusion devices.

From 29 observed deaths in 2001, mortality numbers had dropped to zero this year and, based on the most recent research, it was highly unlikely sea lions could be injured by the devices, the paper said.

"Fishing is very unlikely to be having a direct effect on the sea lion population that could be considered adverse."

New Zealand Sea Lion Trust scientific adviser Shaun McConkey, of Dunedin, said the advice in the paper "flies in the face" of recent University of Otago research that identified squid trawl fishing as the most likely cause of the decline in pup numbers in the Auckland Islands.

The smaller Campbell Islands sea lion population, which was not affected by the squid fishery, was increasing steadily, he said.

There were many uncertainties in the research that the ministry did not highlight, such as the lack of information on how many sea lions survived their interaction with sea lion exclusion devices and whether they made it to the surface after escaping.

"Surely, for a 'nationally critical' species, we need to take a conservative approach and the fishery must 'prove' it is not killing sea lions."

Forest and Bird conservation advocate Katrina Subedar said the sea lion population was in decline and the number of pups born had fallen 49% since 1998.

There was no evidence the sea lion exclusion devices were operating fully in squid trawl nets as intended, she said.

"We have no proof that sea lions that get out of the devices survive the encounter." Forest and Bird wanted alternative fishing methods such as jigging adopted, she said.

"The ministry has a legislative duty to minimise fisheries-related by-kill. Their proposal flies in the face of this duty and could condemn this species to an inevitable extinction."

The Seafood Council and Deepwater Group said the ministry proposals were based on "assiduous" fact-finding work by independent national and international science providers.

"The work shows that previous estimates of sea lion deaths attributable to [the devices] were greatly exaggerated."

"Continued high levels of observer coverage will be applied to ensure best practices are maintained and, where possible, improved."

Submissions on the discussion paper close on December 23.