Plan for return of outbreaks released 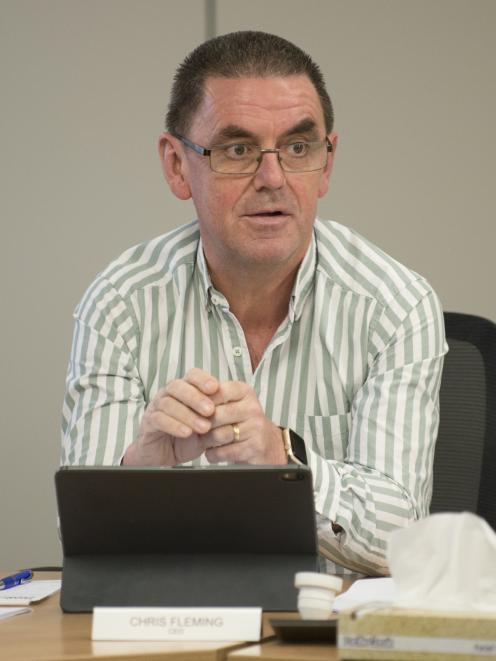 The region’s Covid-19 pandemic resurgence plan, released to the Otago Daily Times under the Official Information Act, was intended to be a "living document" and was being maintained and updated whenever additional information and requirements were released by the Ministry of Health, Southern District Health Board chief executive Chris Fleming said.

Prepared as a strategic overview to be read alongside the board’s existing health emergency plans, the resurgence plan sets out a range of actions and responsibilities for various organisations should Covid-19 return to the South.

Earlier this year, the region was for several weeks the part of New Zealand most severely affected by Covid-19 and was the source of two significant clusters of cases: the Bluff wedding cluster and the World Hereford Conference cluster.

The plan’s first scenario is the current Alert Level 1 status quo, with no community cases and public health testing for potential cases.

From there, the number and complexity of cases increase, from an absconder from managed isolation infecting a supermarket worker and multiple customers (scenario two) to an attendee at a large sporting event infecting multiple people who then return home across New Zealand (scenario five).

In the latter situation, DHBs had plans in place to manage more than 10 confirmed clusters, 5000 positive tests over eight weeks, more than 500 admissions to hospital — 150 of those in intensive care — and 75 deaths.

"On December 4 a meeting was held with the Ministry of Health and Southern DHB executive leadership team around the expectation to have resurgence plans in place by the end of January 2021," Mr Fleming said.

"The Ministry was satisfied with the level of resurgence planning that has taken place in Southern DHB, both operationally and strategically."

Public Health South had plans in place to ramp up case investigation and contact tracing over the holiday period should an outbreak occur in the South, and likewise, WellSouth had planned for increased community Covid-19 testing should there be a community outbreak of the disease.

"The Southern DHB has a tried and tested escalation process for the establishment of the necessary Emergency Operations Centres and Health Emergency Co-ordination Centre to co-ordinate a response to Covid-19, both from the health sector and with our partner agencies," Mr Fleming said.

Should Covid-19 reappear, the plan said the SDHB intended to re-establish the emergency operation centre at Wakari Hospital which it operated earlier this year during lockdown.

Each hospital, WellSouth and public health would have their own emergency centres, and there would be daily conferences between all groups working on the disease response.

Yesterday, the Ministry of Health reported seven new cases of Covid-19 in managed isolation in the past two days, and no new cases in the community.