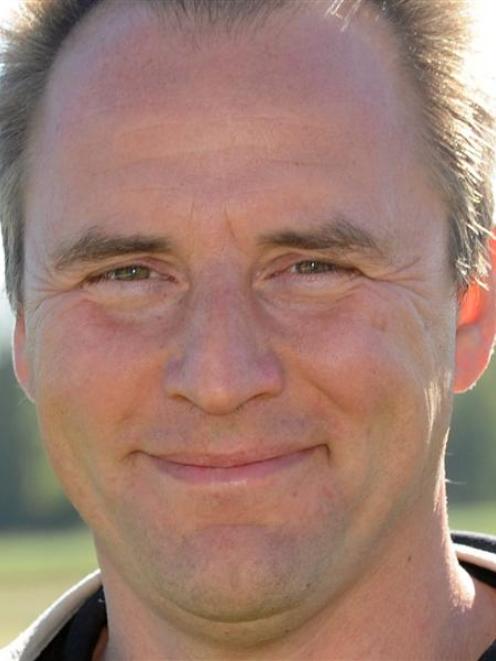 Andre Klein
City planners have sided with residents of a semi-rural Dunedin suburb against development of a subdivision on the Wingatui racecourse site.

But the Otago Racing Club says the money the subdivision could bring in is vital to secure a future for the southern racing industry and the livelihoods of those involved in it.

The proposal is to divide a strip of land along the Gladstone Rd North side of the racecourse site into 11 sections, requiring a rezoning of the land from rural to residential.

Residents have strongly opposed the plan, saying they are concerned the rural feel of the area will be lost.

The racing club says Wingatui needs to become a centre of excellence for thoroughbred racing to ''secure its future position within the industry'', but a ''huge'' capital investment is required to do that.

Club chief executive Andre Klein said although the club could get part of the money from its own business and through funding from New Zealand Thoroughbred Racing (NZTR), it was not ''anywhere near enough'' to secure the kind of facilities and amenities needed to improve the course to the standard desired.

Options for raising the capital had been well considered, he said.

''Every inch of the venue has been reviewed at length. The land where the development is being proposed is clearly deemed excess to any future requirements as far as horse racing goes. It therefore provides us with an outstanding opportunity.

''It will also secure the livelihoods of the existing stakeholders in the industry; the trainers, the track work riders, the grooms and stable hands and increase the job opportunities for locals as it can be anticipated more trainers will base themselves at Wingatui.''

Other clubs around the country had recently gone through similar processes, encouraged by NZTR, of identifying excess land and selling or developing it.

They included Te Rapa in Hamilton, Trentham in Wellington and Ascot Park in Invercargill. Auckland Racing Club at Ellerslie had developed ''one of the most spectacular racing facilities in the world'' by generating funds through shedding excess land, he said.

But Dunedin City Council planner Lianne Darby said the council had little scope under the Resource Management Act to consider, while assessing a consent application, whether the proposed development was needed or financially expedient.

She recommended the hearings panel, of Crs Andrew Noone, David Benson-Pope, Kate Wilson and Mosgiel-Taieri Community Board chairman Bill Feather, decline the consent largely because of the effect on the remaining rural quality of the area.

''The proposed density of the development is such that any rural qualities currently evident at Wingatui will be largely lost through the introduction of this number of houses.''

There were also possible reverse sensitivity issues from the racecourse, particularly around parking on race days, and declining the consent would give confidence to the zoning, which neighbours, when buying property, had legitimately expected to remain rural, she said.

Additional traffic generated by the new houses would be noticeable and could potentially adversely affect the quality of life of residents and she was concerned about precedent, particularly on the racecourse site where there was ''quite a bit of curtilage'' with development potential.

''It is my view that the granting of this consent will set a precedent for the racecourse site where it will be difficult to decline a similar proposal at a later date.''

Mr Klein said he was not surprised the planner had opposed the application, as it was a planner's job to defend the zoning in the district plan.

The panel will hear from Ms Darby, the club and submitters at a public hearing in Dunedin tomorrow morning.