By Elena McPhee
0 Comments
Police are working to establish the cause of the crash outside Outram on Tuesday, in which a Mosgiel teenager and a Waihola man lost their lives.

Jayde Amy Cummings (15) and truck and tractor driver Stephen Macnee (57) died in a crash between a ute Jayde was travelling in and Mr Macnee's sedan, on the intersection of Church Rd and Huntly Rd about 5.30pm.

A 17-year-old youth, also believed to have been in the ute, was critically injured in the crash, and taken to Dunedin Hospital by ambulance.

A duty nurse manager said yesterday he had been transferred to another hospital. 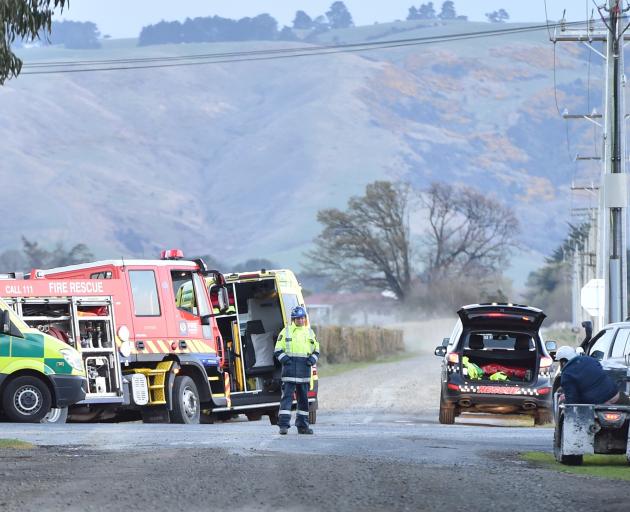 Otago Coastal road policing leader Senior Sergeant Jared Kirk said police would be looking at the vehicles, drivers and physical environment to establish the cause.

"One of the roads is controlled by a compulsory stop and the investigation team are still piecing together the direction of travel of each vehicle," he said.

The ute rolled on to its roof, and the sedan was found crumpled in a paddock.

Senior Sergeant Kirk said a toxicology test of vehicle occupants was one factor police would be investigating.

"Police are determined to complete a thorough investigation on behalf of the coroner," he said.

"We understand there is a community that is grieving and at this stage we cannot give an exact time as to how long this may take."