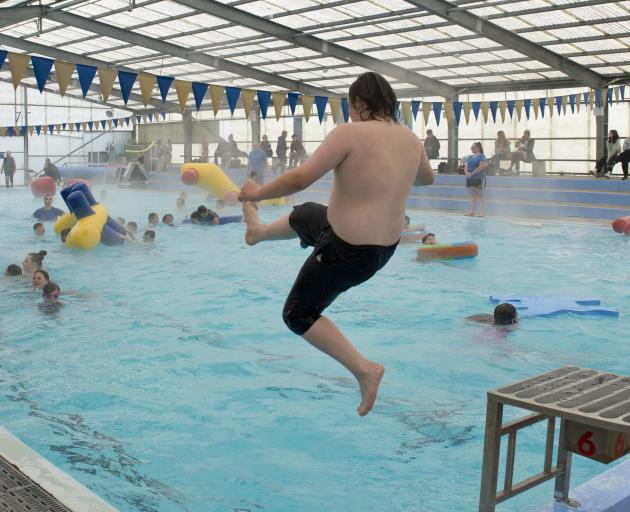 The pool was chock-full of children at a celebration of the 1937 facility’s final day in use. PHOTOS: GERARD O’BRIEN
The 83-year-old Mosgiel pool has hosted its last pool party. 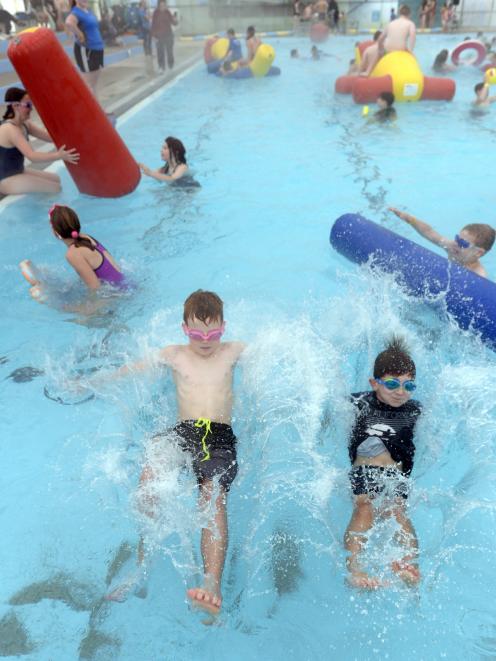 Mosgiel brothers Jay (9, left) and Jackson (6) Carter play at the Mosgiel pool on its final day of operation on Saturday.
On Saturday, the pool was opened to the public and droves of children dived, played and paddled in the community pool.

When the children left, about 10 staff got in for a last splash, and then yesterday, it was drained for the last time, Dunedin City Council aquatics manager Nicola Jukes said.

The pool, which officially opened on December 4, 1937, closed at the weekend to make way for a modern facility with lap lanes, learners’, toddlers’, and hydrotherapy areas, and a spa pool.

While Saturday was probably the busiest day of the year at the pool, it was a celebratory end of an era.

On Saturday, Ms Jukes’ day at the pool began with a morning tea for about 30 regular users who shared stories about the community asset.

Before there was concrete surrounding it, grass lined the pool’s edge.

And before it was covered, Mosgiel’s youth would sunbathe beside it. 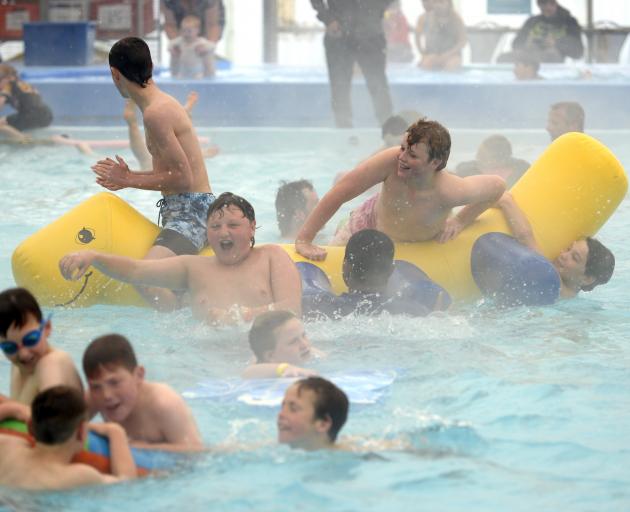 The pool was not heated until the 1960s but despite the cold water, some children stayed in so long their hands became too cold to do up the buttons on their clothes when they got out.

The new $15million year-round pool, to be built in the pool’s place at the west end of Memorial Park, is due to open late next year.

"And it will be a wee bit warmer," Ms Jukes said.