Tourists could end up going to jail to eat, explore, and perhaps even sleep, once planned construction work on Dunedin's historic prison is completed.

The Dunedin Prison Trust lodged a planning application with the Dunedin City Council last week, detailing about $250,000 of restorative work which would return the prison's exterior to its original 1898 condition.

The building's roof and walls would be repaired and seismic strengthening carried out, work expected to cost another $250,000. 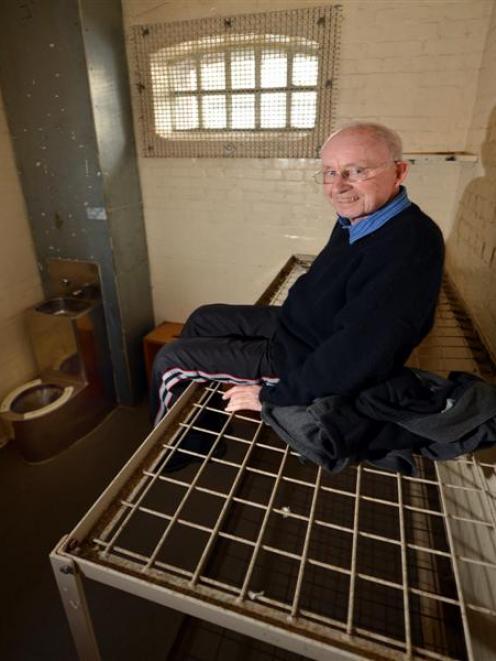 But, the trust was optimistic all the funding would be found.

All going well, construction work would begin in the second half of the coming summer and last 14-16 weeks.

From there, it was hoped a commercial tenant would lease part of the building.

There had already been interest expressed by a hostel company curious about using the Castle St frontage of the building.

This section of the prison houses the old administration block.

That would make the site commercially viable and allow the trust to move on to the next stage of development, Mr Harvey said.

That second phase would include ripping out the various non-original structures cluttering the historic inner courtyard and turning it into a dining space for a high-class restaurant. 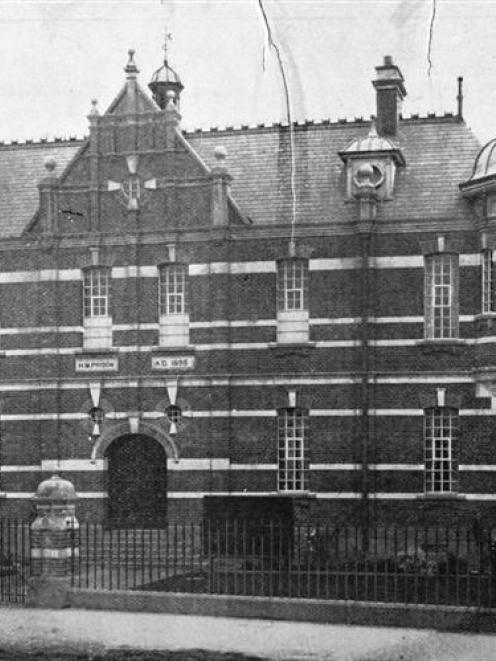 Dunedin Gaol.
The restaurant would be served by the existing commercial kitchen, and the courtyard covered by a glass roof, Mr Harvey said.

The three wings of prison cells - each one three storeys high and together housing 56 cells - would form the integral part of an interactive tour, which the trust hoped would include an array of props and actors.

A museum and shop were also planned, while a new entranceway would be built on the prison's southern side and a lift installed.

''Certainly, we aim to make it a `must-see' tourist attraction in Dunedin,'' Mr Harvey said.

Trust facilities manager Peter Caswell said tours had been run at the prison for the past few years.

While the tours were not yet anywhere near the standard the trust planned, those who went on them were universally impressed with the experience.

Highlights included David Bain's cell, where he spent several months during his murder trial, and a laundry ceiling vent a prisoner escaped through after stripping naked and covering himself in soap, Mr Caswell said.

Dunedin architectural conservator and planning application author Guy Williams said Dunedin people, and potential commercial tenants, would begin to realise the building's potential once the first phase of construction had been completed.

The work would include replacing several chimneys removed from the prison since the 1940s and adding other ornate features lost over the past 117 years.

Original plans from architect John Campbell - who was also responsible for the neighbouring historic courthouse - had been located and photographs, some more than 100 years old, examined to give detail to what those replacements would be, Mr Williams said.

The prison was an elaborately detailed building when first constructed.

That detail was complemented by the Anzac Square precinct that grew around it, including the 1902 courthouse and the 1906 railway station.

Over time, exterior features were removed as a cheap way of avoiding repairs and as seismic strengthening measures, but the bones of the building were good, Mr Williams said.

''It's very, very solidly built, extremely strongly built. The amount of earthquake strengthening required in it is minimal.

''It's built to last. I don't see any reason why this building shouldn't still be here in another thousand years.''

While progress had been slow and there were no fixed dates for the second phase of work, Mr Harvey said the full restoration and transformation into a tourism drawcard ''is happening''.

Attracting good tenants for the old office space would be key to moving the project forward, he said.

''It's a long and winding road. I'd like to have a really good hard-wired timeframe, but I don't.''