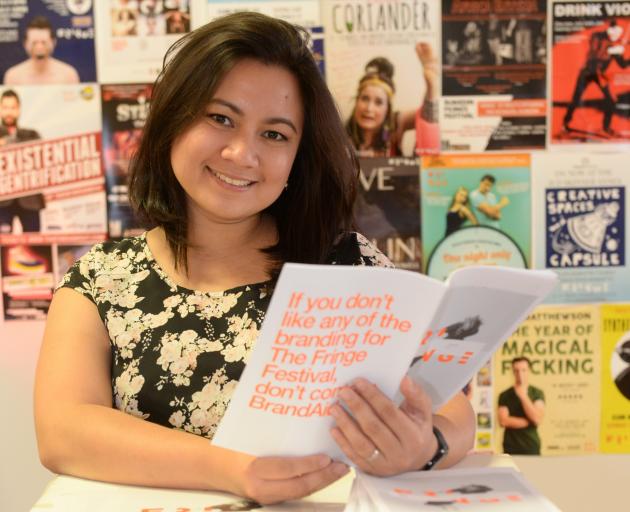 Denise Narciso, of the Philippines, works as an intern for the Fringe Festival after studying at Otago Polytechnic. Photo: Linda Robertson.

They came to Dunedin to study and liked it so much they stayed.

Denise Narciso and Ally Leong both benefited from a programme linking international students with  Dunedin’s businesses and have found jobs in the city.

Ms Narciso (35), from the Philippines, has  a job as a teacher and research assistant at Otago Polytechnic School of Design, after gaining a postgraduate degree at the polytechnic.

She said the Work Ready Programme, which is a partnership between the polytechnic, the Dunedin City Council and the University of Otago, helped her get used to some of the cultural differences between New Zealand and her home.

After completing the programme, she gained three internships, including at the Fringe Festival, where she has contributed to some of the design.

The thing she enjoyed most about New Zealand was the "work-life balance".

"In the Philippines, we are just too overwhelmed with work. We don’t really have time to do what we want with the family."

Ms  Leong  (23), who is from Malaysia, has a job working as a marketing and sales consultant for the New Zealand South Island Chinese Newspaper after studying international business and economics at the university.

The work environment was "really different" in New Zealand,  she said.

In Malaysia, people worked longer hours, were paid less, and the business environment was much more hierarchical, where speaking up was less encouraged, Ms Leong said.

Knowing both the Asian and New Zealand ways of doing business was a real benefit in her job because she worked with "both sides".

After helping the university during a trip to China last year with Study Dunedin, she  would  probably  take up an internship  with the university’s international office.

"We aim to put students and employers in front of each other in a friendly, relaxed environment as this helps employers uncover how an international student can add value to their business," Ms Fuller said.

Many Dunedin businesses had benefited from innovation and international expertise that international students and graduates offered, she said.

"The programme is another option for businesses to find talent.

"We have employers who have spent years searching for a niche skill-set in Dunedin, only to find it in one of our international students."