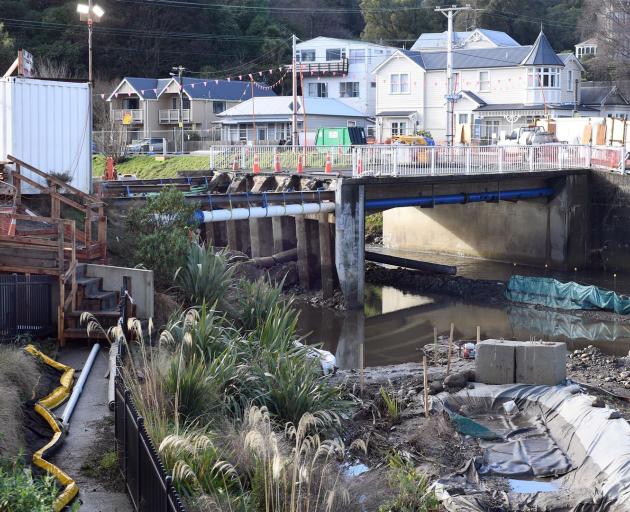 It is expected to open for vehicles in about a month.

Initially the bridge was expected to reopen in July, but the council found extra work was required.

Council operations general manager Gavin Palmer said it would need to ensure the bridge was returned to full load-bearing capacity before it could reopen to vehicles, which was expected to be completed by mid-November.

"Otago Regional Council appreciates the bridge closure, as part of the Leith flood protection scheme, has been an inconvenience to locals and people coming into the area. We have been able to complete works to a point where we can safely open a walkway across the bridge to allow pedestrians through."

There would be still be "periodic shutdowns during work hours".

Notice of the shutdowns would be available at the bridge and on the council's Facebook page.

Works would continue in the river near the bridge after it was reopened, but this would be unlikely to impact vehicles or pedestrians, Dr Palmer said.

The Leith flood protection scheme has spanned more than a decade.