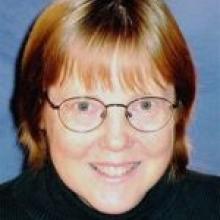 The group's chairwoman is Kay Murray, a co-leader and national treasurer of the Alliance Party, who stood for Alliance at the national elections in 2008, though she said the group was not related to the party.

She confirmed yesterday the group was in the process of formalising its structure, identifying and selecting candidates, and identifying key issues it would highlight at the election.

Ms Murray said the group, called Community Vision, had identified social justice, sustainability, responsible spending, enhancing the health and welfare of the community and restoring "true democracy" as principles that should be at the heart of council decisions.

Community Vision began meeting in February, and had attracted up to 20 people to its meetings.

Asked why it had been formed, she said there was a concern the Dunedin City Council had been business-focused for "a very long time", and Community Vision wanted to see a focus on issues such as sustainability.

It would be three to four weeks before any formal announcement could be made regarding the elections, but the group hoped to have three or four candidates, or more if suitable candidates put their names forward.

The development of the Forsyth Barr Stadium was "a big issue"' for the group, not because members were anti-stadium, but because of concern its cost could threaten council initiatives such as community housing and sewerage and water upgrades.

Community Vision was attempting to develop "unified policies", she said.

That approach was preferred over assembling a collection of individual candidates with their own policy agendas and "hoping they can get along and find a few things in common".

She expected any successful candidates would vote together on "core" issues.

The group also boasted some young people, she said.