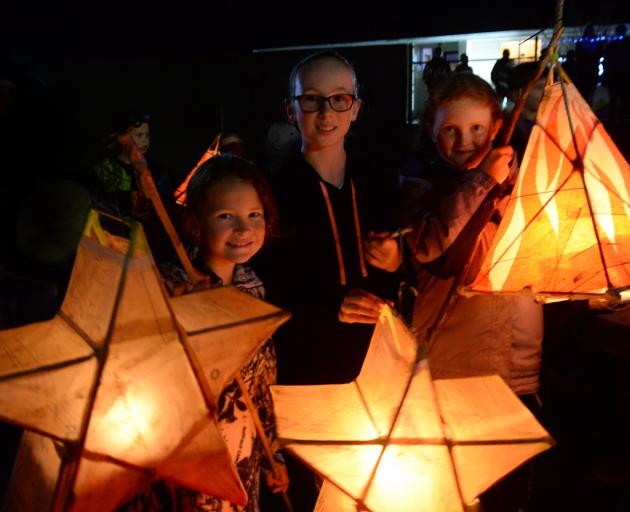 Photo: Linda Robertson
Organisers of the Dunedin Puaka Matariki Festival hope its events will get people out of the house and interacting with their community.

The festival, in its 10th year, starts today and will run until July 22.

It will host almost 60 events in celebration of Maori New Year.

Festival co-ordinator Vicki Lenihan said the opening event would be "more quiet" than past years.

This morning a group of fewer than 50 people were heading to Taiaroa Head to see the stars before dawn.

The festival was about sharing knowledge to "better prepare ourselves for the future", she said. "Being around other people good for hauora."

As part of the festival, the planetarium at the Otago Museum was holding an all-
te reo experience on July 22.

"We've come a long way since I was a kid, where these things are normal now."

The festival was at the same time as the International Science Festival.

It was a coincidence as Matariki was based on lunar events, she said.

"I think it works out really nicely because the school holidays are busy. There's also a nice bit of overlap where we are sharing events."

Favourites such as the Marae Idol talent competition and the Matariki Huka Nui feast in Northeast Valley would return this festival on July 26 and 28, respectively.