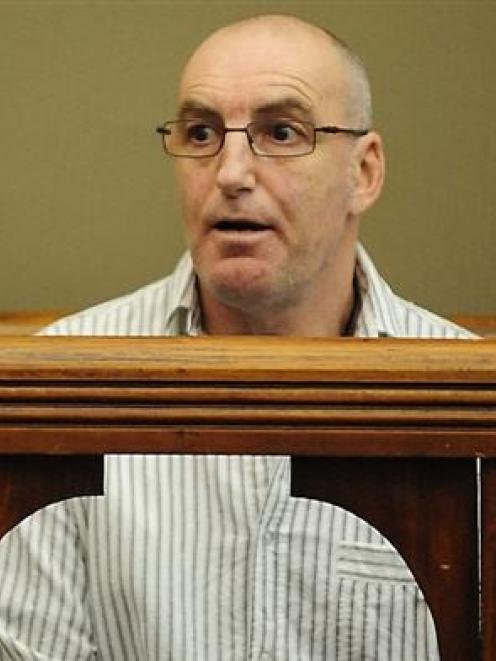 Judge Stephen O'Driscoll was addressing an application by the Otago Daily Times to publish a photograph of Kevin Wayne Beardsmore (53), of Mosgiel, who yesterday, in the Dunedin District Court, admitted downloading images showing sexual exploitation of children.

Granting the application, Judge O'Driscoll said the basic principle of an open court meant the media, which had an obligation to be fair and balanced, was "the eyes and ears of the public" and always entitled to be in court.

Beardsmore, a nurse, who was previously granted name suppression, was appearing for sentencing on eight charges relating to the downloading of more than 1000 images on a home computer between July 14, 2004, and April 3 this year, some of them depicting children as young as 3.

Judge O'Driscoll said the publication of the defendant's name and photograph could be a powerful deterrent to both those already involved in such offending and those considering it.

Addressing the court, Otago Daily Times editor Murray Kirkness referred to the deterrent effect, saying such cases were a matter of public interest.

He drew the court's attention to media interest in the Netsafe conference on Internet safety on in Queenstown this week.

He noted there was an irony in Beardsmore not wanting his photograph published when his offending had involved accessing pictures on the Internet.

Beardsmore's counsel, Mike Newell, opposing the application and seeking continued suppression of name, said his client's offending had not involved the sharing or distribution of images with other people.

His wife, also a registered nurse, was to some degree a victim of his offending.

She was under stress and, while supportive of her husband, had needed professional help and anti-depressants to help her cope with the stigma.

A severe shock could also be detrimental to Beardsmore's 83-year-old mother whose health was fragile.

Judge O'Driscoll said there should be "publication of a name unless something exceptional rebuts that normal presumption".

It was a sad consequence of offending such as Beardsmore's that there were always innocent family members who suffered, but the material supplied by Mr Newell was insufficient to rebut the openness principle, he said.

Beardsmore was later convicted and sentenced to six months' jail on each charge, to be served concurrently.