Pupil, colonel find something in common 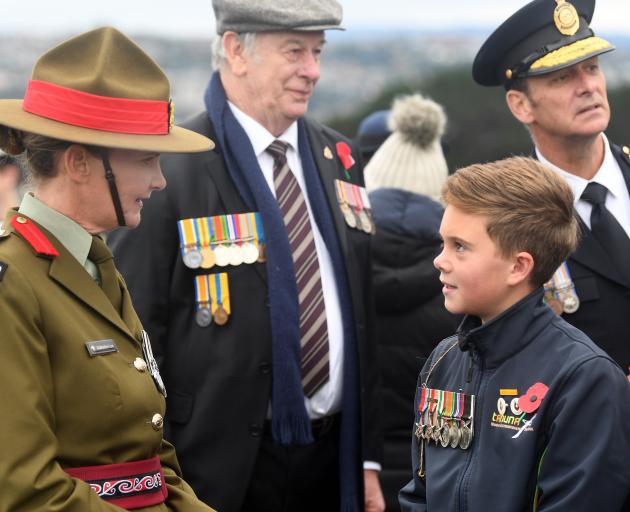 The pair met at the posy-laying ceremony in Andersons Bay Cemetery yesterday, noticing they had something in common.

Col Lee, who gave the Dunedin Anzac address at the dawn service, said it was her first time at a service in uniform in her home town.

"I’ve done services in Gallipoli and London, that was really special — but I hadn’t managed to get here [to Dunedin].

"I’m really delighted that I could be here."

Now living in Wellington, she said it was "lovely" to return to Dunedin and see some familiar faces among the veteran community.

And she also spotted some familiar clothing attire; the uniforms of Tahuna Normal Intermediate School, which she had attended before moving on to Queen’s High School, she said.

Tahuna pupils were equally excited to meet her, posing for a group photo together.

Pupil Josh Crowley (12) said it was a special moment.

He spoke to Col Lee about his great-grandfather’s service medals, which he wore yesterday.