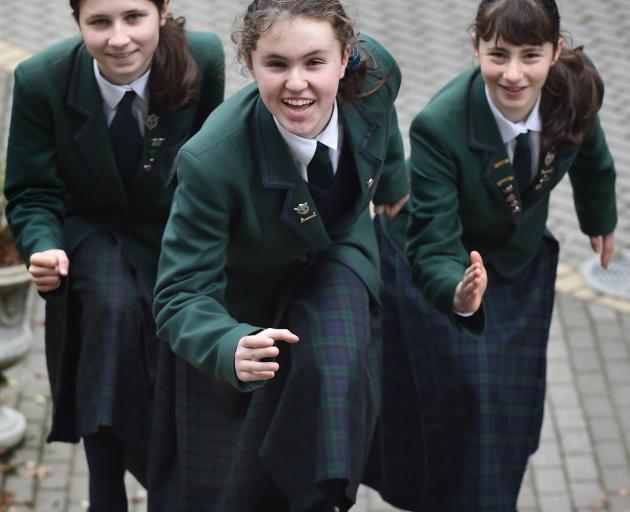 Columba College year 9 pupils Megan Macdiarmid, Laura Canton and Olivia Charles (all 13), have spent the past six weeks using their desire to help the community be active and their technological knowledge to create a mobile app of Dunedin’s walking tracks, for New Zealand and Australian  competition Tech Girls are Superheroes.

The competition required entrants to address a UN development goal and the pupils said health was the topic they were most interested in.

The team entered the competition as an out-of-school activity. Dunedin Tech Girls project marketer and researcher Laura  said  its app and website had gone live, offering information on five Dunedin walking tracks and incentives, including points based on distance of the walks and complexity of terrain.

"We are all pretty active and we have been writing descriptions of the track based on our experiences and information from the Dunedin City Council website.

"Team coder Megan  said the team was equally passionate about encouraging people to be active and increasing the number of young women in the tech sector.

"Thirty-two percent of New Zealanders are classified as obese so it’s a very big problem and we are all really passionate about developing technology to help people because that is the future."

All teams in the competition were assigned a female industry professional leader, and the Dunedin Tech Girls had been working closely with a "very skilled" mentor from Auckland, Megan said.

Both Megan and Laura said they had learnt new coding skills and Olivia had developed skills as a project manager. The group hoped to make money from apps in the future.

However, they believed it was important this app was free, Olivia said.

"You should not be burdened by your economic situation when it comes to trying to improve your health."